if, A Foundation for Radical Possibility, Selects Temi F. Bennett and Hanh Le As New Co-CEOs

if demonstrates its commitment to a shared leadership culture and selects two staff members as its new co-Chief Executive Officers.

WASHINGTON, Dec. 1, 2022 /PRNewswire/ -- if, A Foundation for Radical Possibility, is excited to announce that it has selected Temi F. Bennett and Hanh Le to serve as the organization's next executive leaders and first co-CEOs. 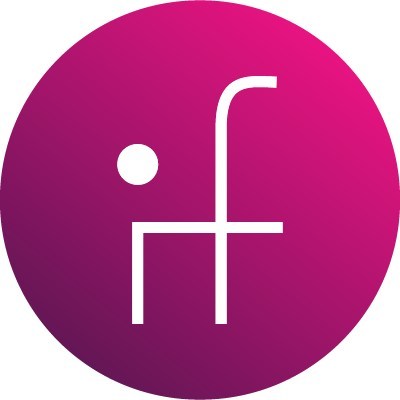 Founded in 1997 as the Consumer Health Foundation, if renamed itself in 2021 to reflect its evolution from a traditional grantmaking entity to a community-centered philanthropic partner that works to achieve racial justice by centering Black people and people of the global majority. Its grantmaking is founded on the belief that those who live at the sharpest intersections of systems of oppression?particularly race, class, and gender identity?should have decision-making power over the distribution of resources in their communities. Drawing from the lived expertise of those in the communities it has pledged to center, if has embraced an array of bold strategies, from piloting and funding a worker-led guaranteed income project to participatory grantmaking, in which community members decide how the foundation's resources are best deployed.

if's radical philanthropic approach shows up not only in how it pursues grantmaking but also in its determination to put its theory of change into action. Accordingly, if has begun bringing community members onto the board of directors and into the grantmaking process. In selecting co-CEOs to guide the organization, the foundation has found another way to model its transformative approach to leadership.

Temi F. Bennett and Hanh Le are especially well suited to further if's commitment to a shared leadership culture. Both come from within the foundation, with Temi having served as Director of Policy and Hanh as Vice President of Strategic Partnerships. The two work together as co-leads of if's reparations project and are steadfast proponents of the foundation's radical vision.

"Having a culture of shared leadership not only deepens collaboration and broadens ownership, but it also solves for some of the isolation and heavy demands often inherent in a single-President & CEO model," said if Board Chair, Wendy Chun-Hoon. "More importantly, it helps us live into our values around equitable distribution of labor and building 'power with' rather than 'power over.' Temi and Hanh, in jointly applying for this role, shared their intention to 'turn radical possibility into reality.' The board is thrilled to have them as our new leaders and to support them in doing just that."

Temi joined the foundation in 2018, bringing years of experience as an attorney and policy expert for the Council of the District of Columbia. She has led several bodies of work within if's systems change and reparations strategies. Temi organized and convened chief equity officers embedded in local governments in the D.C. metropolitan area as they conducted racial equity impact assessments and developed and implemented equitable and just policies. She provided financial and technical assistance to community coalitions holding local governments accountable to their racial equity commitments. Temi also led  Resourcing Radical Justice, a funders' collective that centers Black liberation as the path to a thriving greater Washington region.

"I'm excited to partner with Hanh," Temi said. "Individually, through our lived, personal and professional experiences at and beyond if, we each bring deep and diverse expertise, skills and perspectives to the role. Together, we share a demonstrated passion and commitment to the vision, mission, and values of the foundation. And, we imagine if delivering on its full potential, from systems change in our sector to systems change in our government and culture."

In her four years at the Weissberg Foundation, Hanh led the board and staff to prioritize and advocate for funding to and amplification of Black and people of the global majority-led and centered organizations working to advance systems change for racial justice. The foundation also strengthened equitable co-creation and decision-making by its board, staff, and grant review teams, building them to be more representative and inclusive of the community, and operationalized and championed trust-based practices so nonprofit partners could focus on mission?not funder?work. Before the Weissberg Foundation, Hanh served as chief program officer at Exponent Philanthropy, leading content development and educational programming.

"This is an amazing time to be co-leading with Temi, for whom I have such deep respect and admiration," Hanh said. "The struggle for racial justice is as urgent as ever, and if's bold strategic plan and willingness to take risks means the foundation is well positioned to face these challenges. In solidarity with each other, our entire team at the foundation, community members, nonprofit partners and philanthropic peers, we're ready to fight for our utopic vision. It won't be easy, but we're ready."

"I couldn't be happier about Temi and Hanh becoming if's next leaders," said Dr. Redwood. "I had the honor of working closely with Hanh when she was the Executive Director of the Weissberg Foundation. We co-chaired the Racial Equity Working Group of the Washington Regional Association of Grantmakers (WRAG), a group of funders who came together to create change after WRAG's powerful Putting Racism on the Table series. It was deeply meaningful to witness and experience Hanh's commitment to and relentless pursuit of racial equity and justice. Likewise, Temi, who came to if from the D.C. Council, has been steadfast in her advocacy for Black communities. Temi's clarity about the need to challenge anti-Black racism was consequential for the foundation and is evident in if's new brand, birthed from a nearly year-long process that Temi led. Temi and Hanh are not only colleagues, but also friends and trusted thought partners. One of them alone would be a win for the region. Together, these two women of color, leveraging their strengths in service of the foundation's vision and supported by a board and staff on mission, makes just about anything possible."

About if, A Foundation for Radical Possibility 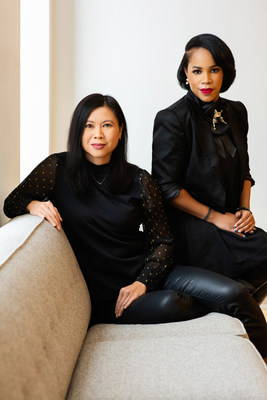 SOURCE if, A Foundation for Radical Possibility