THORNHILL, ON, Dec. 1, 2022 /CNW/ - A survey conducted by CAA South Central Ontario (CAA SCO) found that since 2019, there has been a 10 per cent increase (26 per cent in 2022 vs. 16 per cent in 2019) in cannabis impaired drivers admitting to consuming an edible before driving. With approximately 10 million Ontario drivers, that number equals about 156,000 Ontario drivers who have driven high on edibles in the last three months. 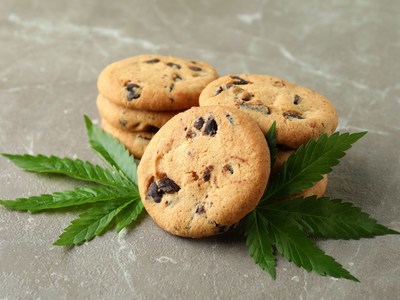 "It's shocking that we're seeing this many people who are getting behind the wheel while high," says Michael Stewart, community relations consultant at CAA SCO. "Our data shows an alarming trend in the use of edibles and driving. With the growing popularity of cookies, gummies, and chocolates, since legalization, the use of edibles continues to rise and so do people who drive high on edibles."

Stewart warns that edibles pose a greater risk to road safety because they are harder to detect and can take up to two hours for the effects to kick in. He underscores that people may get behind the wheel sober, only to become high mid-trip. Also, the effects can last up to 12 hours and residual effects for up to 24 hours.

The survey also found that in the past three months, approximately 600,000 Ontario drivers have admitted to driving after consuming cannabis. While this number has remained the same since CAA's survey in 2019, what continues to be of concern is the following:

While most Ontario drivers say that cannabis-impaired driving is a serious risk to road safety (89 per cent), only half are aware of the penalties.

"Because of the novelty of edibles, there seems to be a knowledge gap surrounding the impaired-driving laws related to substances other than alcohol. However, studies show that the drug affects nearly every skill related to driving. It impairs a driver's motor skills, making it harder to judge distances, and can slow reaction times," says Stewart.

Those caught and who fail a Drug Recognition Expert's evaluation face an immediate 90-day licence suspension, a seven-day vehicle impoundment, and a $550 fine. If convicted in court, drivers will see their licence suspended for at least a year, along with various other mandatory stipulations including an education or treatment program, and the use of an ignition interlock device for at least a year.

As a leader and advocate for road safety and mobility, CAA South Central Ontario is a not-for-profit auto club which represents the interests of over 2.4 million Members. For over a century, CAA has collaborated with communities, police services and governments to help keep drivers and their families safe while travelling on our roads.