CHICAGO, Aug. 13, 2022 /PRNewswire/ --Gary Perinar, Executive Secretary-Treasurer (EST) of the Mid-America Carpenters Regional Council, was unanimously re-elected to another four-year leadership term on Saturday by the union's delegate body. As EST, Perinar oversees operations of a union that represents 52,000 carpenters in 324 counties across Illinois, Missouri, Kansas and Eastern Iowa. 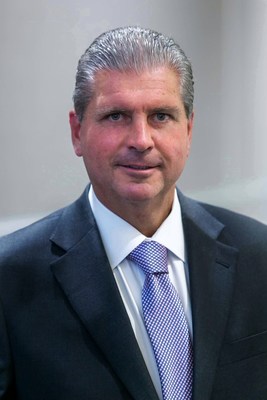 Perinar is a third-generation business representative of the union and a 44-year member of Carpenters Local 174 in Joliet. In addition to his leadership role in the Carpenters Union, Perinar is an active civic leader and sits on the boards of both the Illinois Toll Highway Authority and the Chicago Federation of Labor.

"It is the honor of my lifetime to be re-elected to lead the 52,000 hardworking men and women of the Mid-America Carpenters Regional Council," said Perinar. "These are exciting times for the labor movement and I look forward to continuing to grow our market share and improve the lives of the members we represent."

The Mid-America Carpenters Regional Council is one of the largest labor unions in North America, with 15 training centers across four states. The Regional Council prides itself on its unparalleled training, safety and productivity, ensuring that union contractors have the highest skilled workforces in order to remain competitive.

"I am confident that the progress we've made will help build a brighter future for all of our carpenters and the entire construction industry," said Perinar. "I thank our delegates for the confidence they have placed in me. The best is yet to come for our union."