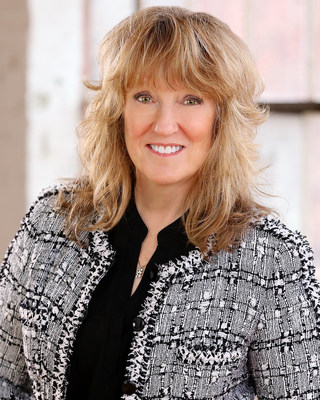 As Director of Government Sales, Ms. Minard will oversee Neuromod's efforts to introduce its interventions for tinnitus into the public hearing healthcare ecosystem by partnering with relevant government organisations. Neuromod's initial area of focus will be to provide tinnitus interventions for US Veterans by building relationships with the Department of Veteran Affairs, the Department of Defense, and other key government stakeholders.

Tinnitus is believed to affect between 10 and 15% of the global population. In the United States it is estimated that almost 50 million people suffer from this neurological condition(i), commonly referred to as 'ringing in the ears'. Of these, roughly 20 million people struggle with burdensome chronic tinnitus(ii). According to the United States Department of Veteran Affairs, more than two million U.S. Veterans receive disability payments for service-connected tinnitus. This unmet clinical need makes tinnitus the department's largest and fastest growing cause of service-connected disability (iii).

Ms. Minard joins Neuromod from the multinational conglomerate, 3M where she had an extensive career driving business growth with global responsibilities for strategic planning, business development, and sales and marketing. Her appointment comes as Neuromod prepares to enter the US market with its proprietary medical device for tinnitus treatment, pending the granting of approval from the Food and Drug Administration.

Speaking on the appointment of Ms. Minard, Mr. Eric Timm, CEO of Neuromod USA commented: "Teri is an entrepreneur at heart and has a proven track record of building businesses across a variety of industries. Teri's role is important to our ambition of meeting the needs of Veterans living with tinnitus in the USA and I'm very much looking forward to working with her as she leads the development of our services in this area."

Speaking on her appointment, Ms. Minard said: "Neuromod's vision to introduce an evidence-based neuromodulation treatment has the required ambition to resolve the unmet clinical need that tinnitus presents for Veterans in the USA. I'm looking forward to working with the wider Neuromod team to make that vision a reality."

Ms. Minard is the latest addition to Neuromod USA's leadership team. The organisation was established earlier in 2021 as a wholly owned subsidiary of Neuromod Devices Ltd. In September the organisation announced the appointment of Mr. Eric Timm, an experience hearing healthcare executive, as CEO of Neuromod USA. In August, the company announced the formation of its leadership team with the hiring of three executives with previous hearing healthcare experience. Stephanie Glowacki joined the organization as Chief Financial Officer, Dr. Tish Ramirez (AuD) as Chief Commercial Officer, and Holly Dean as Director, Commercial Sales.

Neuromod specializes in non-invasive neuromodulation technologies and has developed Lenire, the first non-invasive bimodal neuromodulation device for the treatment of tinnitus which has been clinically proven in large-scale clinical trials to soothe tinnitus symptoms. To date Neuromod has raised significant venture equity and debt financing to fund ongoing expansion of the availability of Lenire in Europe and the organisation's FDA submission process in the US.

This funding has been led by Fountain Healthcare Partners, an international life science focussed venture capital fund which invests in entrepreneurs and companies with disruptive technologies or products that have a clear pharmacoeconomic benefit.

Lenire uses bimodal neuromodulation to treat tinnitus symptoms. It delivers mild electrical pulses to the tongue combined with sound played through headphones to drive long-term changes or neuroplasticity in the brain to treat tinnitus.

Lenire is currently available from clinics in Ireland, Germany, the United Kingdom, Belgium, Austria and Switzerland. It is prescribed and fitted under the supervision of a qualified healthcare professional who specialises in the field of tinnitus treatment such as audiologists and Consultant Otolaryngologists or ENTs (Ear, Nose and Throat).

The device has been used in large-scale clinical trials with over 500 patients. The first of these clinical trials, involving 326 participants, was published in October 2020 as the cover story in the internationally renowned journal Science Translational Medicine and reported significant improvements in patients' tinnitus symptoms(iv). 86.2% of treatment-compliant participants reported an improvement in their tinnitus symptoms after a 12-week treatment period. When followed up 12 months post treatment, 80.1% of these participants had sustained the improvements. This study represents one of the largest and longest followed-up clinical trials ever conducted in the tinnitus field(v).

Founded in 2010, Neuromod Devices Ltd is a medical technology company headquartered in Dublin, Ireland. Neuromod specialises in the design and development of neuromodulation technologies to address the clinical needs of underserved patient populations who live with chronic and debilitating conditions. The lead application of Neuromod's technology is in the field of tinnitus, where Neuromod has completed extensive clinical trials to confirm the safety and efficacy of its non-invasive neuromodulation platform in this common disorder. Neuromod's tinnitus treatment device, Lenire is currently available in Ireland and throughout Europe.

Fountain Healthcare Partners is a life science venture capital fund with offices in Dublin and New York. Founded in 2008, Fountain is Ireland's largest dedicated life science venture capital fund with more than ?300 million under management.  Fountain invests in entrepreneurs and companies with disruptive technologies or products that have a clear pharmacoeconomic benefit and a defined pathway to commercialisation, value enhancement and exit. Fountain typically leads or co-leads its investments and has sourced private and public deals from start-ups, corporate spin-outs and turnaround situations.