BEACONSFIELD, QC, May 19, 2021 /CNW Telbec/ - The City of Beaconsfield launched the i3P project to identify local actions to reduce greenhouse gas emissions (GHG) and to adapt to climate change. The consultations held over the course of this project enabled the citizens to prioritize measures to increase community resilience and improve Beaconsfield's quality of life. 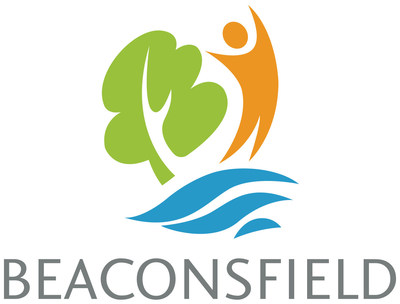 The work of the i3P project culminated in the adoption of the Climate Change Adaptation Plan and Greenhouse Gas Emissions Reduction Plan at the Council meeting on May 17.  The Climate Action Plan, a synthesis of these two plans, not only presents the principal sources of GHG and the local vulnerabilities, but also identifies specific projects to reduce GHG and limit climate risk.

The development of these two action plans was supported by a subsidy from the Federation of Canadian Municipalities (FCM) as part of the Municipalities for Climate Innovation Programme. Beaconsfield also benefited from the collaboration with the Global Covenant of Mayors for Climate and Energy and ICLEI-Local Governments for Sustainability as part of the Showcase Cities pilot project. A partnership with QUEST and Pollution Probe allowed to develop with other Canadian municipalities the Smart Energy Communities Benchmark.

At the same Council meeting, the City of Beaconsfield also declared a Climate Emergency to emphasize the urgency of taking action on Climate Change and to support the implementation of the measures identified in the two action plans. Towards that end, Beaconsfield will also benefit from the expertise of Concertation Montréal to develop guides to support residents' climate actions that respond to local priorities.

"As part of the support for ecological transition offered to the suburban cities by Concertation Montréal, we have been working since last fall with the City of Beaconsfield to develop tools aimed at environmentally responsible practices for residential heating and greening. In this context, we proudly welcome the adoption by the City of Beaconsfield of its Climate Change Adaptation and GHG Emissions Reduction plans. This is a great step forward!" declares Richard Deschamps, president of Concertation Montréal.

The Climate Emergency declaration calls on the citizens of Beaconsfield to join the City's efforts by taking climate actions of their own, thereby contributing to a healthy and resilient community for present and future generations.  During Climate Action Week from May 31 to June 6, all citizens, schools and merchants of Beaconsfield are invited to share their climate efforts and inspire their community. A dedicated webpage for Beaconsfield's Climate Action Plan provides the details of how to participate.

"Municipalities play a central role in climate protection because they have a direct and indirect impact on almost half of Canada's GHG emissions. Extreme weather events have had important local impacts. It is our responsibility to implement concrete climate action and to take the next steps together. The actions undertaken will serve to make our community more resilient to climate change," says Georges Bourelle, Mayor of Beaconsfield.

The mission of Concertation Montréal (CMTL) is to develop the region through collaboration and consultation. To do this, CMTL brings together socio-economic leaders and elected municipal officials from the Island of Montreal to initiate and support innovative and defining regional initiatives. CMTL is recognized by the Agglomeration of Montreal as its privileged interlocutor in matters of intersectoral collaboration and regional development. It is financed by the Agglomeration through the Fonds régions et ruralité of the Ministry of Municipal Affairs and Housing. CMTL brings together nearly 150 organizations and elected members and more than 500 partners, and intervenes in ecological transition, education, science and technology, children, youth, governance, and diversity and parity.