29th anniversary of the Khojaly massacre

WASHINGTON, Feb. 26, 2021 /PRNewswire/ -- On February 26, 1992 Azerbaijan witnessed what the Human Rights Watch later called the "largest massacre to date in the conflict" between Armenia and Azerbaijan. 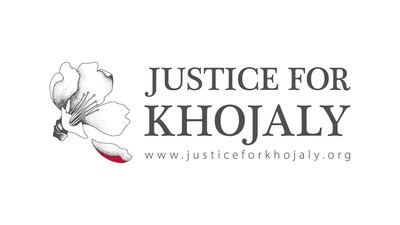 Armenia, along with the 366th motorized infantry regiment of the former Soviet Army, launched a massive attack against the town of Khojaly in the Nagorno-Karabakh region of Azerbaijan, brutally murdering 613 civilians, 106 women, 63 children, and 70 elderly people in one night. Another 487 people were wounded and 1,275 taken captive. To this day, 150 people from Khojaly remain missing; 8 families lost all members, 25 children lost both parents while 130 children lost at least one parent in a massacre.

The responsibility of Armenia and its former political and military leadership for the crimes committed in Khojaly and elsewhere in the occupied territories of Azerbaijan has been documented by numerous independent sources, including testimonies of witnesses to the tragedy, statements by authoritative international institutions, findings of independent investigations by foreign journalists and media reports (Washington Post, the New York Times, the Times, The Guardian, The Boston Globe, The Independent and etc.).

Pronouncements by Armenia's high-ranking officials, including the former President of Armenia, Serzh Sargsyan, along with publications by Armenian authors, also corroborate the facts on the ground. The following words by Serzh Sargsyan, said when he was Armenia's Minister of Defense, speak for themselves: "Before Khojaly, the Azerbaijanis thought that they were joking with us, they thought that the Armenians were people who could not raise their hand against the civilian population. We were able to break that [stereotype]." Sarkisian's account suggest that the massacre was a deliberate act of mass killing.

In 2020, Armenia once again committed crimes against humanity during the recent war by deliberately targeting the civilian population of Azerbaijani cities Barda, Ganja, and Tartar located outside the conflict zone. As a result of rocket and heavy artillery attacks more than 100 Azerbaijani civilians, including 12 children and 27 women were killed, and 423 civilians were wounded.

The international community should not forget that the perpetrators of the crimes committed in Khojaly and elsewhere in Azerbaijan during the war continue to enjoy impunity. Similarly, Armenia's military leaders, who have been implicated in war crimes and have inflicted a wide-spread destruction on the lands illegally occupied for 30 years are yet to face responsibility.

The memory of victims of Khojaly is an urgent reminder of the need for justice, accountability and reconciliation for a lasting peace between Armenia and Azerbaijan. Justice for Khojaly!

SOURCE Embassy of the Republic of Azerbaijan to the United States