NOVI, Mich., Sept. 18, 2020 /PRNewswire/ -- Ernst & Young LLP (EY US) has named Daryl Adams, President and Chief Executive Officer of The Shyft Group, Inc. (NASDAQ: SHYF) as a finalist for its 2020 Entrepreneur Of The Year® award for the Michigan and Northwest Ohio region. The Entrepreneur Of The Year program honors entrepreneurial business leaders whose ambitions deliver innovation, growth, and prosperity as they build and sustain successful businesses that transform our world.

Award winners will be announced through a special virtual event on Thursday, October 8 at 6 p.m. EDT.

"I am honored to be recognized alongside an impressive group of finalists who firmly represent the kind of innovative leadership that inspires sustained success," said Adams. "At Shyft, we are fortunate to have an incredible team that is driving our remarkable growth. I am proud to lead them through this period of success, and I look forward to continued growth ahead for The Shyft Group."

Since taking over as The Shyft Group's?f/k/a Spartan Motors?CEO in 2015, Adams has acted as change agent to reinvent the former fire truck chassis company into a global leader of purpose-built work trucks that serve a wide array of industries, including the rapidly expanding last-mile parcel delivery fleet segment. Since taking over as CEO in 2015, Shyft's valuation has increased nearly 400%, to approximately $700 million, under Adams's direction.

Entrepreneur Of The Year is one of the preeminent competitive award programs for entrepreneurs and leaders of high-growth companies. The nominees are evaluated based on six criteria, including overcoming adversity; financial performance; societal impact and commitment to building a values-based company; innovation; and talent management. Since its launch, the program has expanded to recognize business leaders in more than 145 cities in over 60 countries around the world. 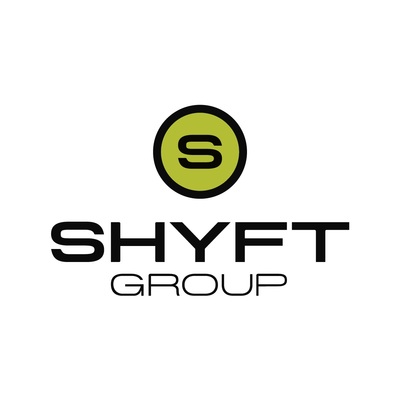