Paul Stamets is a Fellow in the Explorers Club!

OLYMPIA, Wash., Sept. 16, 2020 /PRNewswire/ -- Fungi Perfecti, LLC (maker of Host Defense® Mushroomstm) is pleased to announce that Founder and Chief Scientist Paul Stamets is officially an Explorer! Paul's extensive work in the field of mycology has earned him an official induction into the Explorers Club. 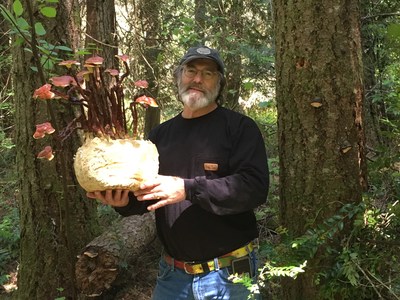 Founded in New York City in 1904, The Explorers Club promotes the scientific exploration of land, sea, air, and space by supporting research and education in the physical, natural and biological sciences. The Club's members have been responsible for an illustrious series of firsts: First to the North Pole, first to the South Pole, first to the summit of Mount Everest, first to the deepest point in the ocean, and first to the surface of the moon.

Paul is now among a group of Explorers who have revolutionized their areas of expertise, including Jane Goodall, Sir Edmund Hillary, and Neil Armstrong.

The visionary research and stewardship of Paul Stamets has led to significant breakthroughs revealing the power and potential of mushrooms and mushroom mycelium. Research by Paul and his team has led to innovative mycological solutions, including potential for the use of fungi in everything from water filtration (mycofiltration) and ecological rehabilitation (mycoremediation), to using beneficial mushrooms to combat Colony Collapse Disorder in honey bee populations, and as supplements to support human health.

Upon learning of Paul's induction into the Explorers Club, film-maker Louie Schwartzberg said:

It is so deserving for Paul Stamets to be inducted as a fellow into the Explorers Club, in the great tradition of the members who scaled icy mountain peaks and penetrated tangled jungles. In my film Fantastic Fungi, Paul was our guide and led us on journeys of discovery. No doubt the success of our film as an immersive experience catalyzing an underground movement is based on Paul's trailblazing scientific research, mycological explorations, and revolutionary thinking, at a time when we need it most. He is the perfect example of the courageous explorer willing to go where others have never dared, adventures to explore terra incognita.

The author of seven books, Paul has also written and contributed to numerous studies and research articles. Paul has given lectures and keynoted at numerous conferences, from Singularity University's Exponential Medicine®, to TED and TEDx, to Burning Man, just to name a few. He has also been interviewed on NPR, podcasts by Joe Rogan, Tim Ferriss, Dave Asprey, Andrew Weil MD, and Louie Schwartzberg.

Paul Stamets is nothing short of a visionary leader. His work has had far-reaching and profound implications. In many ways he has changed the field of mycology from a traditionally academic pursuit into a larger, more mainstream effort to apply mycological solutions to some of the most significant problems facing people and planet.