NEW YORK, Aug. 28, 2020 /PRNewswire/ -- In the wake of yet another senseless police shooting, six-time GRAMMY® nominee and box office star, Tyrese Gibson ("Fast and Furious," "Transformers") today delivers a new single that captures the urgency with which we need to address the nation's racial unrest and the continued onslaught of police brutality. The single, "Legendary" featuring CeeLo Green, poignantly illuminates the racial disparity of two-Americas, while the soul-stirring video titled "8:46" makes its programmatic debut today (August 28) during BET's exclusive broadcast of the "Get Your Knee Off My Neck" March commemorating the 57th Anniversary of the March On Washington. "Legendary" is available for download on all DSPs HERE: https://tyrese.lnk.to/legendary. 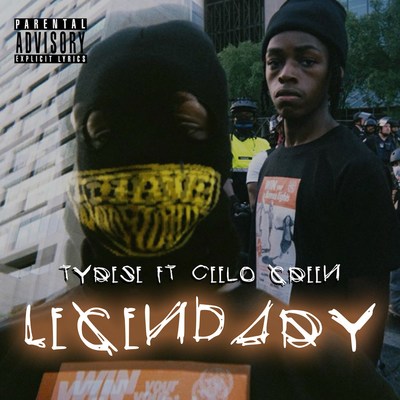 Gibson, also known musically as Tyrese, immediately arrests our senses with a passionate lyric fused with deep loss, confusion, and heartache. This pain then gives way to a fevered anguish, as Black Ty takes over ? revealing a devastating inventory of what haunts a Black man living in America today.

Five-time GRAMMY® Award-winner CeeLo lends his unmistakable timbre to the hook, adding yet another layer of complexity to the already powerful track.

As for the visual, Tyrese partnered with director Deon Taylor ("Black and Blue," opposite OSCAR®-nominated 'Moonlight' actress Naomie Harris) to fashion "Legendary" into a short film so as to fully capture the anguish, sorrow and raw emotions experienced by Black people in society. Using a mix of dramatic reenactments and footage from Black Lives Matter protests, the short film itself stands as an act of protest: the full "Legendary" video lasts an exact eight minutes and 46 seconds, the amount of time Minneapolis Police Officer Derek Chauvin spent with his knee pressed into George Floyd's neck, resulting in Floyd's death.

Tyrese and Taylor ultimately offer an alternate ending to the tragic narrative that plays out all too often in our streets.

While he had already been working on new music, to be released through Voltron Records in partnership with CAROLINE, Tyrese knew that it was his duty as a Black man, a son and a father to use his platform and his voice to add to the ongoing fight for Black Lives.

Tyrese says, "Legendary is powerful because the music and the video are meant to shift how we are seen. We're in the middle of a revolution. As Black people we are fighting two pandemics: COVID-19 and Systemic Racism. The video painfully underscores the plight of our community, while asserting that Black Lives Matter. As for the music? The proudest moment of my life is when attorney Benjamin Crump said "Legendary" is the new anthem of the movement."

"Legendary" arrives just ahead of a wave of new music to include the single "Black Excellence" featuring Rick Ross in October, and a new Tyrese album later this year.