The Rotary Action Group for Hepatitis Eradication has launched this week, in celebration to the World Hepatitis Day, a 10-year countdown for the end of Hepatitis in the world.

The initiative promises to make sure that a document signed by 194 countries with the World Health Organization gets to be honoured.

Almost 400 million people worldwide are infected, but only 10% are aware of their infection.

RIO DE JANEIRO, July 29, 2020 /PRNewswire/ -- Each day 4.000 people still die from Hepatitis B and C forms. The Rotary group considers it "an act of injustice", because countries do not test their population as they should ? says Humberto Silva, the chair of the group, which is mobilizing members in 200 countries against the disease. "A person who is deprived of their entitlement to know about their health condition is denied that most basic of a human right. That person is not only left uncovered by the Declaration of Human Rights, but is one step behind it", completes Silva. 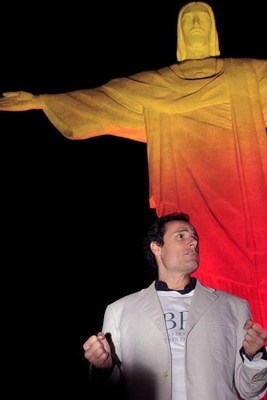 Rotary is an international humanitarian group and the main responsible for practically eradicating a disease in the world, which is Polio, which is eradicated in all countries but Afghanistan and Pakistan, after 30 years of combat. And their Action Group now plans to do the same, in 10 years, for the elimination of Hepatitis.

In a virtual conference, the group gathered together hundreds of rotarians and lawmakers and vowed to commence a countdown to the realization of the elimination goals.

According to the W.H.O., out of the 194 countries that signed the elimination treaty 4 years ago, only a tiny minority (about 13 of them) are on track to achieving the objective.

The group hopes to count on 1.2 million Rotarians in 200 countries to achieve the elimination goal.

To finish the celebration, the statue of Christ the Redeemer, in Rio, who is considered the Patron for the group's cause, lit up in yellow, representing the beginning of the 10-year countdown.

ABOUT THE ROTARIAN ACTION GROUP
It is an official entity of the Rotary International, though independently managed. It has already performed over 3 million tests since its start in 2016.
https://www.hepatitiszeroweek.com/

ABOUT THE RAGHE'S chair
Humberto Silva is a Hepatitis C Survivor, who has  dedicated his life to fighting the disease and helping those in need.
https://www.humbertosilva.org/