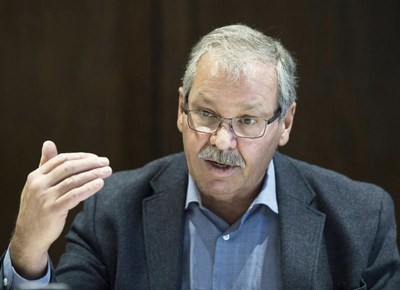 "A good leader admits when they're wrong, and the Premier couldn't have been more wrong today," said Thomas. "We understand it was a tough day for the Premier. We understand he's under lots of pressure.

"But his ill-advised and incorrect remarks cut like a knife through the hearts of professional inspectors who have been sounding the alarm on the appalling state of long-term care for years," Thomas added. "Do the right thing. Apologize. Deal with source of the bad advice, and then let's move on."

During his daily COVID-19 briefing, the Premier wrongly claimed that Occupational Health and Safety and Long-Term Care inspectors, who are OPSEU members, refused to enter long-term care homes after the pandemic began.

However, Thomas says in fact inspectors never once refused to go into long-term care homes and neither he nor OPSEU ever called for a work refusal. There is no indication of employee discipline. No suspensions. No dismissals. Not even a letter of reprimand. Why? Because a work refusal just never happened.

Thomas also says he warned Ford and Minister of Long-Term Care Merrilee Fullerton in an unanswered letter sent April 22 of many of the issues flagged a month later by the Canadian Armed Forces.

"We warned there was a lack of Personal Protective Equipment, no pandemic-care plan, and an overall lack of preparedness," said Thomas. "With all those problems along with a lack of infection control, it was ill-advised for inspectors to enter multiple homes. It could have led to greater spread of COVID-19 amongst our seniors, especially with what we now know about asymptomatic and pre-symptomatic spread."

Thomas also points out that on April 14, the Chief Medical Officer of Health ordered that long-term care workers be limited to just one home. The same protocol should apply equally to inspectors.

"We're all in this together, but don't think you can ever wrongly accuse my members or my union and get away with it," said Thomas. "Honesty is bulletproof."

"Besides, the families who have loved ones in those homes don't want to hear the blame game," said Thomas. "You owe it to them to lead and correct the record."