Trump Efforts to Save Lives and Unburden Taxpayers in COVID-19 Crisis Distorted by Conservative Media, According to Squire Law Group

MIAMI, March 27, 2020 /PRNewswire/ -- According to several sources, the White House Office of Legislative Affairs sent a message to the Senate last week requesting they pass H.R. 4018 "as soon as possible." H.R. 4018, a bill introduced by Congressman Ted Deutch, is designed to fix the calculation under the Elderly Home Confinement Program (EHC), which is part of the First Step Act, according to Squire Law Group. The White House email urges that "[o]lder inmates are at a unique risk to be affected by the Coronavirus. [] A congressional fix to allow older inmates to be placed in home confinement can help reduce the risk of community spread in a crowded environment." On Thursday, Attorney General William Barr also issued a directive to release federal inmates at heightened risk from COVID-19. 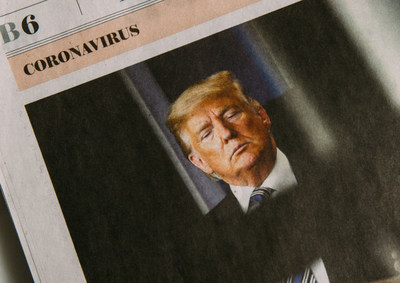 The Trump administration's effort to push for H.R. 4018 is a vital step during this crisis. Criminal justice reform has long been recognized as being beneficial to more than the prison population. Extensive research has shown that credit-earning prison programs reduce the chances for felons to reoffend and reduce costs to the government. It is a win-win for our society. Time magazine reported in 2016 that "approximately 39% of the nationwide prison population [ ] is behind bars with little public safety rationale." Releasing non-violent, lower-level offenders better served by alternatives to incarceration "would save $20 billion annually, enough to employ 270,000 new police officers, 360,000 probation officers, or 327,000 school teachers." The aging prison population, which is causing the biggest healthcare cost to the American taxpayer, is the least likely group of inmates to pose a danger to society, and is now most vulnerable to COVID-19. Some conservatives ignorantly call prisons the "ultimate quarantine." In truth, prisons are quickly turning into death chambers when staff brings in the novel coronavirus.

The White House email, sent on Saturday, has been criticized by a small group of conservatives. A portion of the email originally appeared in the Conservative Review, which purports "[t]o cut through the talking points and the smoke and mirrors." But earned credits, such as good time credits, have long been a salutary part of our criminal justice system. Disregarding all earned credits from the EHC calculation would defy Congress' intent for nonviolent elderly inmates to spend the last third portion of their sentence in home confinement.

Studies have shown that crimes are not deterred by a draconian criminal justice system. President Trump's flagship criminal justice reform is finally a step toward improvement. The Trump administration should not be forced to walk on eggshells as a result of misinformation in taking vital steps toward saving lives and benefiting society as a whole.

To find out more about Squire Law Group, visit squirelawgroup.com