CHICAGO, March 13, 2020 /PRNewswire/ -- Today the Alzheimer's Association released Music Moments, a collection of new recordings and unreleased tracks by award-winning artists honoring the personal, emotional connection between music and life's most important moments that we would never want to lose to Alzheimer's and all other dementia. Music Moments is available on all major streaming platforms now. 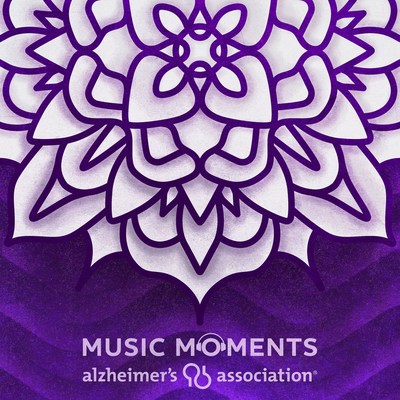 Music Moments is a multi-genre collection of powerful performances and heartfelt storytelling created to champion the fight for a world without Alzheimer's disease, and is available in two parts: a compilation album and behind-the-scenes video series. This unprecedented project is an effort to highlight how music marks the most important moments and people in our lives, while raising awareness for Alzheimer's disease and engaging the public in conversation to advance the cause.

Ten talented artists brought their unique musical style and perspective to Music Moments by contributing a never-before-released version of a song that captures a special time in their lives. Each track is paired with a poignant and revealing video of the artist recounting their selected song's significance and how they use music as a way to tell that story. Sting, one of the world's most iconic and celebrated musicians, is among the artists participating in the project. The 17-time GRAMMY Award winner chose to share his rendition of "(Sittin' On) The Dock Of The Bay", originally recorded by the late Otis Redding. As Sting explains, the song perfectly captures a pivotal moment during his adolescence when he realized that, much like the ships coming and going from the river nearby, he would have to leave his hometown in order to chase his dreams of becoming a musician. In its entirety, the album features 10 different acts, each laying a newly recorded track with great personal significance:

"The Alzheimer's Association knows that we all have experiences with music that are significant and meaningful," said Michael Carson, chief marketing officer, Alzheimer's Association. "The Music Moments album, and the stories behind the songs, set the stage for sharing experiences and fueling important conversations. Ultimately, these conversations are critical to reducing stigma about Alzheimer's and all other dementia. We are relentless in our pursuit to increase awareness and advance the cause."

In its efforts to raise concern and awareness of Alzheimer's disease and all other dementia, the Alzheimer's Association's Music Moments is a shareable movement that encourages listeners to share their own music moments with #MyMusicMoment on social media. Like these participating artists, by sharing their own stories and experiences with music, they will be a part of this important conversation.

Music Moments is produced by the Alzheimer's Association and GRAMMY Award-winning music supervisor Randall Poster of Search Party Music. The album will be independently distributed via Repost Network, a SoundCloud company.