NEW YORK, March 3, 2020 /PRNewswire/ -- A review of the status of protective netting at spring training stadiums reveals that a majority of Major League Baseball teams are continuing to fail to protect fans from dangerous foul balls. Despite the outrage from safety advocates after critical injuries to fans in 2019, Commissioner Rob Manfred declined to issue a league-wide mandate requiring extended netting to the corners of all ballparks, including spring training facilities. 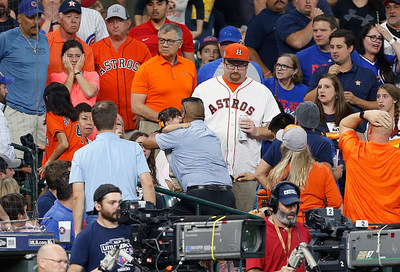 At least 16 fans were seriously maimed by foul balls in the 2019 MLB regular season, and another fan was hit in the mouth by a foul ball during the playoffs and couldn't eat solid food for two weeks. A young girl was seriously injured by a line drive in Houston last May, creating outrage among fans and spurring Congressional inquiries into the league's knowledge of fan injuries and data on high-risk seating areas.

It's unclear how many additional fans were injured in 2019 at games in Minor League Baseball, the bloodlines of the major leagues, and the status of extended netting at the hundreds of those stadiums is also unknown.

"This is an ongoing scandal affecting baseball from top to bottom, and both the major and minor leagues are disrespecting fans by not fixing it immediately. Why isn't every professional baseball stadium required to be certified safe by independent building inspectors?" Skopp said.

"How many more fans will be maimed before this avoidable crisis is fixed by professional baseball?" Skopp said.

Mr. Skopp is available for interviews, at Citi Field or elsewhere. He can be contacted directly at 718-627-6767, JordanSkopp@hotmail.com. View his prior work at https://medium.com/jordan-skopp