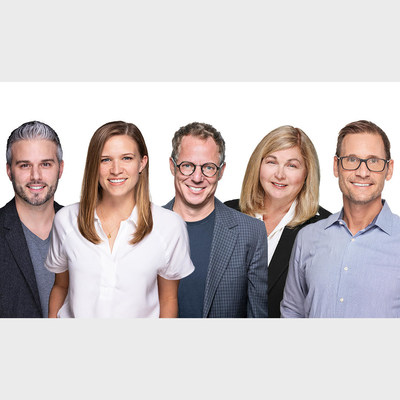 "FanDragon's Business Development team has been successful beyond my wildest dreams and I couldn't be more proud of them," said Mark Weiss, FanDragon's Chief Business Officer and General Counsel.  "The market's response to our innovative SaaS ticket delivery platform has been incredible, and these promotions are a reflection of the extraordinary high level at which the team has been operating, and the rate they have been closing deals.  Q1 2020 is going to see some major announcements coming from the team.  It's an exciting time for FanDragon."

Lori Ross joins FanDragon as Vice President of Business and Legal Affairs, where she will oversee a variety of complex international commercial and technology agreements ? including strategic partnerships ? and ensure compliance with laws and regulations dealing with intellectual property and privacy. An experienced lawyer, Ross has worked with clients such as Verizon, Hulu, Sony Pictures Entertainment, Allergan, and Cornerstone on Demand, and has provided legal counseling for several entertainment and technology companies. Her expertise includes privacy, including GDPR and CCPA compliance, SaaS agreements, commercial contracts and more.

FanDragon Technologies recently announced a deal with independent ticketing operator Kaboodle Solutions, Ltd. to offer in-app mobile ticket delivery for music venues and festivals across the UK, Canada, and Europe.  Following their July 2019 launch with $12 million in funding, FanDragon has built a team of industry-leading pioneers ? including Steve Machin, who previously held senior executive roles at Live Nation and Ticketmaster Europe; and Alan Rakov, formerly the Chief Revenue Officer ? Concerts at Live Nation and previously a Ticketmaster executive.  FanDragon also issued the first edition of the Fan Experience Index survey report in October and announced the Fan Forum ? a unique opportunity for fans to share personal challenges and experiences at live events.

About FanDragon Technologies
Your Tickets, Your Rules, Our Tools. FanDragon Technologies is reimagining the global ticket distribution business with a revolutionary SaaS platform that brings control and transparency back to ticket rightsholders. Leveraging the benefits of the Aventus Protocol's open blockchain technology, FanDragon's unique mobile ticket delivery system gives rightsholders unprecedented control over their tickets, enhancing their engagement with fans and unlocking new revenue streams.  With offices in Los Angeles, New York and London, FanDragon Technologies is led by industry experts with decades of experience in creating innovative tech products and services that align the needs of corporations, brands and fans. For more information, visit FanDragon.com.