Le Lézard
Classified in: Science and technology
Subject: PER

NASHUA, N.H., Jan. 16, 2020 /PRNewswire/ -- SkyTerra Technologies, a growing IT cloud advisory and development firm, has added Tabitha James as Systems Analyst.  In addition to serving as national phone support, Tabitha will serve as outsourced onsite tech support for one of our Financial Services customers headquartered in Austin, Texas. 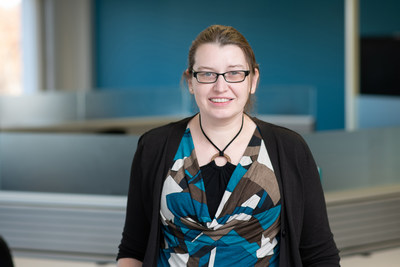 "Tabitha is a welcome addition to SkyTerra team and the customer has been thrilled with professionalism and attention she has provided," SkyTerra founding partner, Dan Bergeron said.  "Her military IT, extensive Office 365 expertise, and customer services experience has given her the skills to identify problems and resolve them quickly."

Tabitha was in the Tennessee Army National Guard for over seven years and deployed to Iraq in 2012 serving as FOB S6 (Forward Operating Base, Communications). She was the main camp communications assistant working under the officer in charge of communications and supported by the IT and networking teams.  Subsequent to her service, she worked as tech support and customer service, including almost four years as a Microsoft Office 365 Concierge.

About SkyTerra Technologies: SkyTerra Technologies is an IT cloud advisory and development firm offering services for data center modernization, managed workplace, digital transformation, cybersecurity, and IT outsourcing. A Microsoft Gold Cloud Partner, we are a two-time recipient of Microsoft's East Region Rising Star Award, and have offices in Nashua, NH, Yarmouth, ME, and Vancouver, Canada.