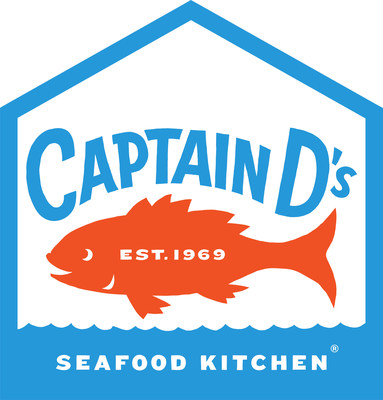 After signing their first agreement with Captain D's in 2015, Trident Holdings LLC has since become the brand's largest franchisee, currently operating over 30 restaurants across seven states. Looking ahead, the Trident Holdings team plans to continue growing their Captain D's network while branching out with the brand's sister company, Grandy's, a Southern-style quick service concept, including 10 units in the pipeline beginning in Nashville.

"Our rapid growth with Captain D's is a true testament to the exceptional corporate support system the brand offers franchisees. In a segment dominated by burger and chicken concepts, Captain D's high-quality, affordable seafood products resonate with consumers, which is why it's one of the best opportunities in franchising today," said Chris Benner. "Our incredible experience with the company to date made it a no-brainer to further our development with Captain D's sister brand Grandy's, and we look forward to being a part of the concept's growth across the Southeast region."

The relationship with Trident Holdings LLC highlights Captain D's ongoing success and attractive unit economics which have enabled franchisees to reinvest in the brand and continue propelling its growth. As a result, the brand will close the year with nearly two dozen new franchise locations, including expansion across new markets such as South Florida and the Midwest.

"At Captain D's, we prioritize our franchisees and boast the best-in-class franchisee support system. The continued growth and success of trusted franchisees like Trident Holdings further validates our efforts as we grow our brand," said Brad Reed, chief development officer of Captain D's. "Chris and Tim have been dedicated to the company since day one and their continued focus exemplifies the unlimited potential our franchisees can obtain in our system and in this segment. The future is bright as we kick off 2020 with two new franchise development agreements signed for development across Southern Florida and Southeast Georgia."

Coupled with its ongoing menu innovation, Captain D's credits its new restaurant beach design with contributing to the brand's ongoing strong performance. To date, nearly 80% of all restaurants have been reimaged to the brand's new vibrant, coastal design. With these efforts, Captain D's has remained true to what it does best ? serving high-quality seafood with warm hospitality at an affordable price in a welcoming atmosphere.

With more than 530 restaurants in 22 states, Captain D's is the fast-casual seafood leader and number one seafood franchise in America ranked by average unit volume. The company is currently seeking multi-unit operators to join in the brand's rapid expansion. For more information about franchise opportunities, visit http://www.captaindsfranchising.com or call 800-314-4819.

ABOUT CAPTAIN D'S
Headquartered in Nashville, Tenn., Captain D's has more than 530 restaurants in 22 states. Captain D's is the nation's leading fast casual seafood restaurant and was named the #1 seafood chain in the QSR 50, ranked by AUV. Founded in 1969, Captain D's has been offering its customers high-quality seafood at reasonable prices in a welcoming atmosphere for 50 years. Captain D's serves a wide variety of seafood that includes freshly prepared entrees and the company's signature batter dipped fish. The restaurants also offer premium-quality, grilled items such as shrimp, Tilapia and Salmon, as well as hush puppies, desserts and freshly brewed, Southern-style sweet tea, a Captain D's favorite. For more information, please visit www.captainds.com.