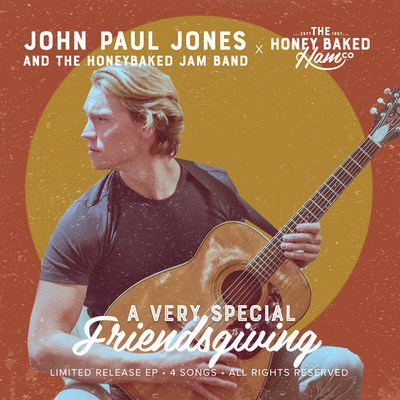 Jones provides a humorous and relatable soundtrack for anyone hosting a Friendsgiving, singing featured songs like "All Gravy" and "Thanks for Coming, but It's My Bedtime," and adds his own spin referencing moments from his reality TV show experiences.

"Being a company that specializes in ham and turkey, among other things, Thanksgiving is obviously an important holiday for us and our consumers," said JoAnn Herold, Chief Marketing Officer at The Honey Baked Ham Company. "However, we realize for a lot of people, Friendsgiving is just as important, so we created an album of songs that speaks to and celebrates the universal truths of this special holiday in a fun, lighthearted way ? and only how HoneyBaked could."

The most noticeable detail of the album was the influential voice behind it: John Paul Jones.

"John's popularity, coupled with his sense of humor, made him the perfect vocalist for our 'Very Special Friendsgiving' album," Herold continued.

The album is available to stream on HoneyBaked's "A Very Special Friendsgiving" microsite honeybaked.com/friendsgiving beginning Tuesday, November 19, 2019, to kick-off the official start to Friendsgiving week.