More Than 250M Women Worldwide Are Entrepreneurs, According to the Global Entrepreneurship Monitor Women's Report from Babson College and Smith College 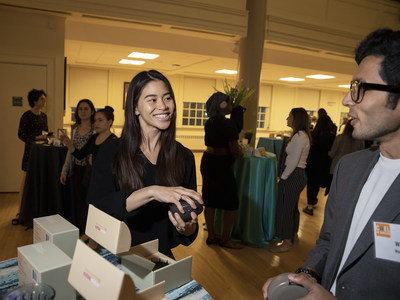 The Global Entrepreneurship Monitor (GEM) was initiated in 1999 as a joint venture of Babson College and the London Business School.

"The findings of this report provide a foundation for guiding future research, policy decision-making, and design of initiatives and programs to enhance growth and development of women's entrepreneurship within context," said Monica Dean, Director, Jill Ker Conway Innovation and Entrepreneurship Center at Smith College.

The report has three main recommendations. We should:

Impact and Performance of Women Entrepreneurs

Having the Skills to Start a Business

Undeterred by Fear of Failure

Ease of Starting a Business

Starting a New Business is a Good Career Idea

Owning a Business is a High-Status Job

Media is Favorable to New Businesses

This latest special report on women and entrepreneurship suggests that significant work remains to be done to encourage and support of women entrepreneurs and their ability to build economic security for themselves, their families, their communities, and their countries. Three main recommendations are offered.

Overall, this report demonstrates the value women entrepreneurs bring to societies worldwide and suggests areas for improvement in conditions that encourage and support their aspirations.

About the GEM Women's Report

This Global Entrepreneurship Monitor (GEM) Women's Report offers an in-depth view of women who start and run businesses around the world. Studies on women's participation in entrepreneurial behaviors have long been a part of the GEM project, with special reports developed approximately every two years. Each report considers how regional, economic, and social factors influence similarities and differences among women and men entrepreneurs. The report identifies countries and regions where the gender gap is significant and where it may be changing. The findings from each report provide a broadly global and comprehensively detailed foundation for guiding future research, policy decision-making, and design of initiatives and programs to enhance awareness about women's entrepreneurship.

Babson College is the educator, convener, and thought leader of Entrepreneurship of All Kinds®. The top-ranked college for entrepreneurship education, Babson is a dynamic living and learning laboratory where students, faculty, and staff work together to address the real-world problems of business and society. We prepare the entrepreneurial leaders our world needs most: those with strong functional knowledge and the skills and vision to navigate change, accommodate ambiguity, surmount complexity, and motivate teams in a common purpose to make a difference in the world, and have an impact on organizations of all sizes and types. As we have for nearly a half-century, Babson continues to advance Entrepreneurial Thought & Action® as the most positive force on the planet for generating sustainable economic and social value.

Since its founding in 1871, Smith College has educated women of promise for lives of distinction. One of the largest women's colleges in the United States and the first to offer an accredited engineering program, Smith links the power of the liberal arts to excellence in research and scholarship, developing engaged global citizens and leaders for society's contemporary challenges. Smith educates women to understand the complexity of human history and the variety of the world's cultures through engagement with social, political, aesthetic and scientific issues.

Smith College's Jill Ker Conway Innovation and Entrepreneurship Center is an intellectual hub that challenges students, faculty and staff to develop innovative solutions to pressing problems. As a catalyst for the acceleration of innovation, entrepreneurial activity and financial literacy at Smith, we cultivate change agents prepared to succeed in a complex world. The Center hosts and facilitates a slate of programs and activities focused on creative thinking, problem solving and interdisciplinary teamwork.

With a mission to transform the world by creating a pipeline of exceptionally innovative, entrepreneurial, and financially savvy women, Smith's Conway Center is built on three core pillars: innovation, entrepreneurial spirit and financial literacy. The Center's work is driven by students' demand: Smith students want to be constructive in the world. The Conway Innovation and Entrepreneurship Center gives them the tools and confidence to do so.

The Global Entrepreneurship Monitor (GEM) was initiated in 1999 as a joint venture of Babson College and the London Business School.  GEM, now a global consortium of over 500 researchers in its 20th year of operation, is the largest and most developed research program on entrepreneurship in the world, including data from 100+ economies. GEM is unique because, unlike most entrepreneurship data sets that measure newer and smaller firms, GEM studies the behavior of individuals with respect to starting and managing a business. GEM consortium teams are members of an exclusive research project which provides access to the collective knowledge of some of the world's most renowned researchers and institutions involved in entrepreneurship research. At a time in history when individual entrepreneurial activity may hold the key to transforming the global economy and discouraging ingrained economic disparity in countries with minimal economic opportunity, GEM data has influenced national economic policies and continues to expand its collaborative role.