Doug Ford Breaks Promise to 'Get It Right,' Renews Attacks on Ontario Families

TORONTO, Nov. 8, 2019 /CNW/ - It has taken only a few days for Conservative Premier Doug Ford to break his promise that he would "get it right" and abandon a regressive agenda that is deeply unpopular with Ontario workers and families, the United Steelworkers (USW) says. 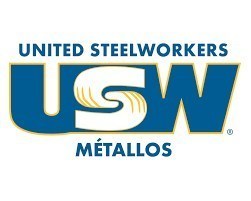 "After seeing his popularity plummet due to his attacks on workers, families and our vital public services and programs, Doug Ford promised the people of Ontario that he would 'get it right' and reverse course," noted Marty Warren, the USW's Ontario Director.

"However, immediately after returning to Queen's Park from his extended vacation, Mr. Ford has rammed through more regressive legislation targeting hundreds of thousands of middle-class and low-income workers across Ontario," Warren said.

"Bill 124 violates the Constitutional rights of Ontario workers and will see families fall further behind in their struggles to keep up with the cost of living," he said.

Bill 124, passed by the Ford government Thursday, restricts the collective bargaining freedom of public-sector workers and ensures they will continue to fall behind the rate of inflation.

The USW, which represents thousands of public-sector workers, particularly in the university sector, believes Ford's legislation will be struck down by the courts, Warren said.

"The courts have repeatedly ruled this type of legislation infringes on the Charter rights of working people to be able to freely and collectively negotiate with their employers," he said.

"Most recently, the previous Liberal government in Ontario imposed similar legislation that attacked these fundamental rights and it was emphatically ruled unconstitutional by the courts," he added.

"Mr. Ford's legislation will adversely affect the very people that he claims to care about ? low-income and middle-class workers," Warren said.

"We are talking about workers whose incomes have fallen behind the cost of living every year for the last decade," he said, referring to Ministry of Labour data on public-sector wage settlements.

"Now, Mr. Ford is prepared to violate the Charter rights of these workers to ensure that they will continue to fall behind for years to come. So much for his promise of 'working with people' to 'get it right,' " he added.

"Mr. Ford should be tackling the real problems facing Ontario, including the fact that the province has the lowest per-capita public revenues in Canada," Warren said.

"The wages of low-income and middle-class workers are not the problem. Rather than targeting these workers, a Premier who truly is 'for the people' would ensure that wealthy Ontarians and profitable corporations pay their fair share of taxes."