NEW ORLEANS, Oct. 16, 2019 /PRNewswire/ -- Two recent votes by the Louisiana Public Service Commission double down on anti-solar policy while boosting profits for the monopoly utility companies. In September, three Public Service Commissioners - Eric Skrmetta, Mike Francis and Craig Green ? voted to severely limit new rooftop solar by forcing solar customers to sell their energy to the utility for ~$0.03 and then allow the utility to sell that same power for ~$0.10, allowing the utilities to pocket the profits. The change hurts solar customers and solar companies while greatly benefitting the monopoly utilities. 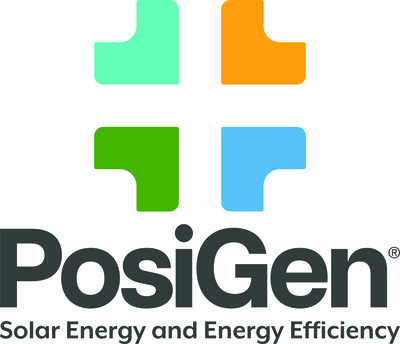 At the Public Service Commission Business and Executive meeting on October 10th in Lake Charles, LA, the Commission doubled down on that ruling. They rejected the solar industry's request for a rehearing on the September solar policy vote, despite hearing evidence of specific conflicts of interest by the Commission's technical consultant, David Dismukes, who pushed for a solar policy strongly supported by the monopoly utilities in the state.

"The Commission's blind refusal to rehear the case and address its consultant's blatant ties to industry is another example of pubic servants failing Louisiana citizens. However, these decisions will not affect PosiGen's determination to support energy independence for Louisiana families. We remain committed," said PosiGen CEO Tom Neyhart.

As a Louisiana solar customer and leader of the Green Army, General Russel Honoré said, "Net metering allowed for Louisiana residents to have a say where their energy comes from, and enabled folks to put their rooftops to work. The elimination of net metering, quite literally, gives all of the power back to the energy companies."

Essentially, by voting to take away the value of residential solar, Commissioners Skrmetta, Francis and Green put the investor-owned utility monopolies' interests ahead of the interests of Louisiana families. It's not surprising, as Skrmetta has been the champion of eliminating residential solar ever since he failed to strong arm the solar industry into supporting his reelection campaign against Forest Wright in 2014. He was allegedly caught in a pay-to-play scandal to win the support of the solar industry or they would face dire consequences. It's been five years but he seems to have made good on his word with the help of two new, inexperienced Commissioners.

Commissioner Francis said solar customers were getting a "subsidy," but the evidence presented by Dismukes on the cost of solar included the now retired state tax credit. Further, Commissioner Francis has no credibility when it comes to protecting consumers since he tried to reverse the Commission's ethics rule so he could get free lunches from the industries he is supposed to regulate.

It is regrettable that prior to this vote, Louisiana was ranked 31st on the rooftop solar policy list. After the new rule goes into effect on January 1, 2020, Louisiana will drop to 47th.

PosiGen will continue pushing for energy independence, clean energy, and lower bills. Starting immediately, PosiGen will ramp up efforts to bring solar to as many Louisiana families as possible before November 30, 2019, which is the last day to enroll under the old rule.

PosiGen is fortunate to be based in New Orleans, where a progressive, forward-thinking City Council regulates utilities, not the Public Service Commission. The New Orleans City Council sees what the PSC does not: that all types of renewable energy should be part of the mix to make a better future for our children. Full net metering is still in place in New Orleans and we hope it will continue for many years to come.