MONTRÉAL, Oct. 10, 2019 /CNW Telbec/ - On Thursday, October 24, Saint Joseph's Oratory of Mount Royal will present Si l'Oratoire m'était conté, a large and unique free show chronicling the story of the institution in music and images. Under the artistic direction of actor Jean-François Porlier, the show will officially launch the Saint Joseph Oratory's public fundraising campaign to raise money for its major construction project. The goal of the campaign is to raise $1 million and reach the $15 million overall target for the completion of the construction work. 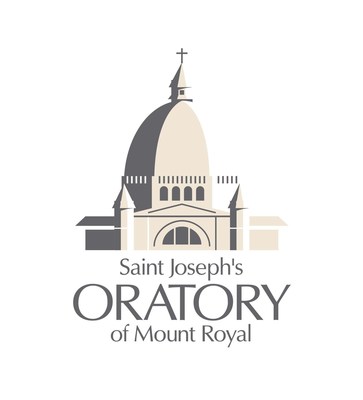 "In the early days, Brother André was already asking the people he met to help him achieve his vision," said Father Claude Grou, CSC, Rector of Saint Joseph's Oratory of Mount Royal. Many men and women shared his dream of building a great sanctuary in honour of Saint Joseph. Through the years, public enthusiasm has remained constant. The show we've put together is our way to thank all of our donors, past and present, who've helped us turn Saint Joseph's Oratory into a historic jewel and who will play a part in its modernization."

"With deep roots in Montréal's history and culture, the Oratory wanted to mark the launch of its public fundraising campaign with a unique show that tells the story of the institution in music, images and words," said Jean-François Porlier, actor, creator and host of the event. Encapsulating 115 years of history was quite the challenge! Presented in collaboration with members of the arts community, the October 24 show will be filled with stories, emotions and surprises."

In addition to a wealth of anecdotes recounting the key moments in the history of Saint Joseph's Oratory, Si l'Oratoire m'était conté will feature a string quartet, the Petits Chanteurs du Mont-Royal choir and Vincent Boucher, titular organist of the Oratory and harpsichordist for the event. The show will also include a nod to the unforgettable performance by the band Offenbach at the Oratory.

A creative ad campaign starting on October 24
To spark the interest of Montrealers, Quebeckers, Canadians and visitors alike in helping to preserve and modernize the Oratory by supporting the construction of Montréal's highest viewpoint, an ad campaign will be launched on October 24, alongside the show Si l'Oratoire m'était conté.

Created by Montréal advertising agency Rouge On Blue, this bold publicity campaign will put an emphasis on the sky over the city and the breathtaking views visitors will enjoy from the observatory to be built on top of the Oratory. The three-phase campaign will feature out-of-home, print, Internet and radio components.

For visuals of phase one of the campaign, please see the Dropbox link: S'éleverpourl'avenir

The microsite will also feature videos recorded by public figures including Yannick Nézet-Seguin, Denys Arcand, Denis Coderre, Soeur Angèle, Grégory Charles and Denis Gagnon, telling us how much the Oratory means to them as a gesture of support for the fundraising campaign.

About the construction project
The work that started in March 2019 will give Montrealers and visitors from around the globe access a to greener, more enjoyable and more accessible site. The new observatory at the top of the basilica will become Montréal's highest viewpoint, offering a unique experience to visitors and allowing the sanctuary to reach its full potential.

As a custodian of historic, religious, natural, architectural and cultural heritage, Saint Joseph's Oratory is a must-see spiritual and tourist destination that helps raise the city's profile as the sanctuary welcomes over two million visitors every year. Located on Mount Royal, the Oratory understands that the natural environment is an invaluable resource to be protected and preserved. 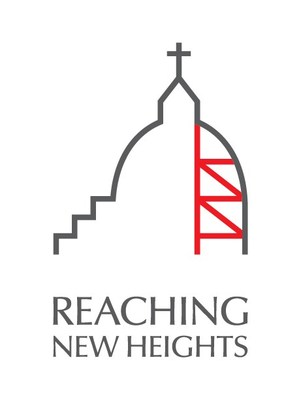 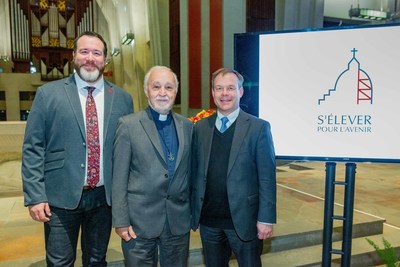