MONTRÉAL, Oct. 7, 2019 /CNW Telbec/ - Ms. Chantal Rouleau, Minister for Transport and the Minister Responsible for the Metropolis and the Montréal Region, Mr. Michel Leblanc, President and CEO of the Chamber of Commerce of Metropolitan Montréal, and the President and CEO of CDPQ Infra, Mr. Macky Tall, invited more than 200 employers and trip generators in the greater Montréal area, to provide an update on the implementation of mitigation measures, share best practices and identify plausible solutions for small, medium and large businesses. REM is the largest public transit construction project in Quebec. The complete transformation of the Deux-Montagnes line that it requires has given rise to numerous challenges. This occasion to mobilize employers ? the first of its kind in Québec ? is to inform them of the situation and invite them to be part of the solution, since its impact will be felt through the end of 2023.

On September 9, the Ministère des Transports, the Autorité régionale de transport métropolitain and CDPQ Infra, in collaboration with the public transit companies from the greater Montréal area, presented a transitional public transit network as a mitigation measure for the Mont-Royal Tunnel closure slated for January 2020. This was a $192 million undertaking to assist users during the transition period from the current train network to the REM's future light rail network.

"Construction of the REM has produced many challenges to workers in the greater Montréal area. While we did present the mitigation measures that will be implemented to minimize impact during the network transition, we also felt it was necessary to gather the employers and major trip generators to inform them of what Deux-Montagnes and Mascouche line users will be faced with from 2020 to 2023. The government hopes to involve employers by mobilizing them today in an effort to find more concrete solutions. A guide outlining best practices will be produced and a discussion forum will be launched to assist them through the various stages of the project. We are all part of the solution! "

Chantal Rouleau, Minister for Transport and Minister Responsible for the Metropolis and the Montréal Region

"The business community has supported the REM ever since its launch in 2016. I would like to commend the leadership and spirit of cooperation that CDPQ Infra has demonstrated, involving all partners since the very outset of the project. The number of company managers mobilized today is evidence of the fact that employers are committed to offering solutions to facilitate their employees' commutes while work is completed. The greater Montréal area is undergoing a metamorphosis; highly developmental infrastructure projects such as the REM will contribute to its prosperity. On the short-term, we need to do whatever we can to share best practices developed by businesses that have already distinguished themselves as champions of mobility,"?added Michel Leblanc, President and CEO of the Chamber of Commerce of Metropolitan Montréal.

Michel Leblanc, President and CEO of the Chamber of Commerce of Metropolitan Montréal.

"We are pleased to see that so many employers have responded to this call. Building the REM is a colossal challenge ? a generational project that will only succeed with everyone's help. I commend each and every person who has participated in this extremely important day, as well as all of the solutions that were tabled. We all need to do whatever we can, and what took place today is proof of that. I would also like to thank the Chamber of Commerce of Metropolitan Montréal for organizing this event, and the Government of Quebec for making it possible. "

The Réseau express métropolitain (REM) is a new, 67-km integrated public transit network that will feature 26 stations and link downtown Montréal, the South Shore, the West Island, the North Shore and Montréal-Trudeau airport through a fully automated, electric light rail system. Offering high-frequency service, the REM will be in service seven days per week, 20 hours per day, and will be connected to three main Montréal metro lines.

About the Chamber of Commerce of Metropolitan Montréal (CCMM)

Strengthened by a network of more than 7500 members, the CCMM acts on two fronts: they speak on behalf of Montréal's business community and they offer specialized services to companies and their representatives. Always current on the latest news, they are involved with initiatives that are crucial for the prosperity of businesses and the greater Montréal area. With support from their ACCLR experts, the CCMM's goal is to foster the creation and growth of businesses of all sizes, both locally and internationally. 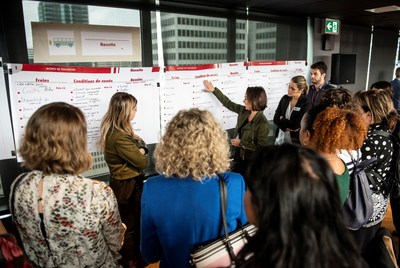 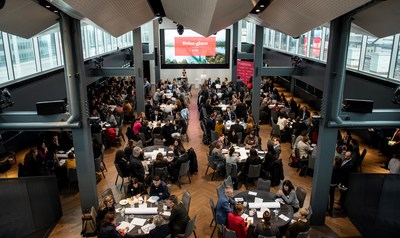