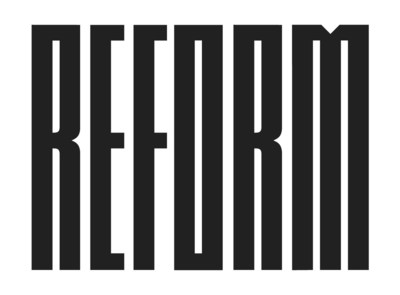 Pilon previously served as the Chief Development & Partnerships Officer at ONE, the international advocacy and campaigning organization co-founded by U2 singer and activist Bono. In that role, he spearheaded the global mobilization strategy behind the company's slew of initiatives to end extreme poverty and preventable diseases.

"I'm thrilled to team up with the world's leading sports, business, and entertainment moguls to create longstanding change in our criminal justice system," Pilon said. "I've learned that what we really have in America is an 'injustice system' that far too many people are trapped in for reasons that just don't make sense. I've admired REFORM's commitment to disrupting the criminal justice system, and I'm eager to help amplify awareness and change hearts and minds around our country's need for comprehensive reform."

With REFORM, Pilon is now responsible for leading the development and implementation of the organization's strategic growth initiatives and partnerships. He will report directly to REFORM CEO Van Jones.

"Bob Pilon is a living legend, having been a leader for some of the largest and most impactful social justice campaigns on the planet," Jones said. "The fact that a global powerhouse like Pilon is joining the U.S fight for criminal justice reform is a massive gamechanger, all by itself. This is not just a big win for REFORM ? but for the entire movement for justice."

Prior to joining ONE, Pilon held senior leadership positions at high-impact, philanthropic organizations including Malaria No More, the Herbie Hancock Institute (formerly the Thelonious Monk Institute) and the Elizabeth Glaser Pediatric AIDS Foundation. Over the course of his career, Pilon has worked in the United States, Europe, Africa, and Asia to mobilize more than $500 million in support of HIV/AIDS, malaria, anti-poverty, and education programs.

In addition to Pilon, REFORM has bolstered its leadership team by making several key hires and appointments, including:

These hires and appointments come at a pivotal moment for the REFORM Alliance. The organization is working with a bipartisan coalition of legislators and advocacy groups in Pennsylvania to help pass HB1555 and SB14 ? bills that would transform the state's oppressive probation system.

"We are building a high-performance team of dedicated, creative professionals," Jones said. "The goal is to build an organization that can add something important and special to the growing movement to transform the justice system."

About REFORM Alliance
The REFORM Alliance is committed to advancing criminal justice reform and eradicating laws and policies that perpetuate injustice in the United States. To achieve that objective, REFORM will pass probation reform bills at the state level, use media to amplify the need for comprehensive reform and build an inclusive, bipartisan alliance of leaders who share a vision for ambitiously and efficiently transforming the criminal justice system. CNN host, author, and activist Van Jones is the CEO of REFORM.