LONDON, Sept. 12, 2019 /PRNewswire/ -- Today BACARDÍ debuts the epic new 'Sound of Rum' video and soundtrack produced by Swizz Beatz. The 'Sound of Rum' mixes the irresistibly uplifting vibe of the rum brand's Caribbean heritage with the skilled rhythmic tempo of cocktail-making. Celebrating the sounds that make you want to move and shining a spotlight on local bartenders, the track has been recorded using the sounds of the ingredients and tools used to create BACARDÍ cocktails.

Starring in the video are top bartenders Lawrence Gregory (UK); Julia Rahn (Germany); Raysa Straal (Netherlands); Adrian Nino (France); and Nicole Fas (Puerto Rico), who have come together to create their fresh take on the 'Sound of Rum'. Hip hop artist and long-standing friend of BACARDÍ Swizz Beatz is the Executive Producer of the track.

The Caribbean-inspired video sees a bartender working behind the scenes of a bar as she carries a crate of BACARDÍ down a neon-lit alley. The sound of the bottles clinking launches the track as the shot cuts to the colourful bar and energetic crowd, all dancing to the newly created beat-from-the-bar. Bottle caps are popped as pineapples and lime fruits are rhythmically chopped, while the track fills with a crescendo of sounds and builds to a silent stop. An ice-filled cocktail shaker resumes to create a beat, before a refreshing cocktail is poured.

UK, bartender Lawrence Gregory also known as the Rum Boss, brings his love of rum and extensive knowledge from The Curtain Hotel to create the Flamingo Domingo, Gregory commented: "Being a part of the Sound of Rum has been really inspiring, what I've created is a good fierce cocktail with floral notes and a smooth finish ? a light calypso dance on the palate!"

Directed by Tucker Bliss and created and produced by AMV BBDO, the video was shot in a traditional courtyard that was transformed into a fully stocked, vibrant Caribbean-inspired bar and dancefloor for two whole days. The video was shot at pace with precision across every detail, with a tangible energy portrayed in each moment. AMV worked in collaboration with music production company MassiveMusic to ensure every sound was captured live on set for use in the final music track.

Director Tucker Bliss commented: "We took inspiration from the ASMR world, focusing on the instantly recognisable and familiar sounds of the bar ? honing in on what rum might sound like. We had such an amazing time breaking down each mixed drink to its core sonic components, to their most simple form, and then building the vibe back up into a new track."

To celebrate the launch of the new campaign, each of the bartenders has crafted an innovative cocktail embodying the Sound of Rum:

About BACARDÍ® Rum ? The World's Most Awarded Rum

In 1862, in the city of Santiago de Cuba, founder Don Facundo Bacardí Massó revolutionized the spirits industry when he created a light-bodied rum with a particularly smooth taste ? BACARDÍ. The unique taste of BACARDÍ rum inspired cocktail pioneers to invent some of the world's most famous recipes including the BACARDÍ Mojito, the BACARDÍ Daiquiri, the BACARDÍ Cuba Libre, the BACARDÍ Piña Colada and the BACARDÍ El Presidente. BACARDÍ rum is the world's most awarded spirit, with more than 800 awards for quality, taste and innovation. Today, BACARDÍ rum is made mainly in Puerto Rico where it is crafted to ensure the taste remains the same today as it did when it was first blended in 1862. www.bacardi.com

The BACARDÍ brand is part of the portfolio of Bacardi Limited, headquartered in Hamilton, Bermuda. Bacardi Limited refers to the Bacardi group of companies, including Bacardi International Limited. 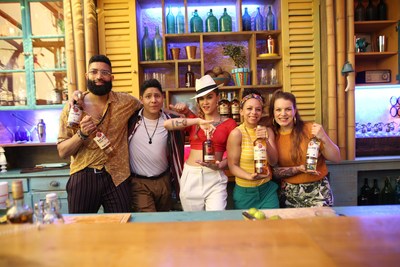 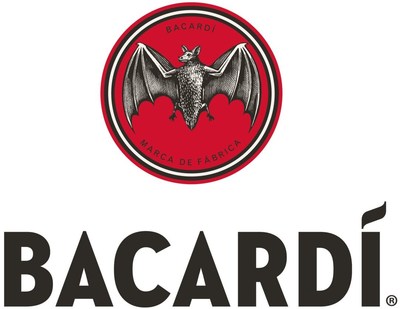