TEGUCIGALPA, Honduras, Aug. 7, 2019 /PRNewswire/ -- President Juan Orlando Hernández recalled his strategy ever since he was the head of Honduras National Congress (2010-2014) to dismantle drug cartels by taking the leadership for the approval of the law of extradition and then its effective enforcement against drug traffickers. 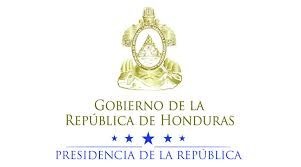 As of 2014, 23 of the drug cartels leaders have been extradited to Unites States. Other key results in the fight against organized crime include more than 18,733 kilos of cocaine seized, 6,143 arrested for drug trafficking and 4,839 for extortion, narco laboratories destroyed, 259 clandestine landing strips disabled, 14,800 weapons seized, and 500 gangs disjointed, among other verifiable facts.

Today, Honduras has become a hostile territory for drug trafficking to the extent that, according to the International Maritime Center against Drug Trafficking in Colombia, the country dropped from 1 to 12 in the ranking of receptor of drugs in route to U.S. consumer´s market.

President Hernandez also welcome the visit of Lawrence J. Gumbiner, Chargé d´Affaires of U.S. Embassy in Honduras. Gumbiner on Twitter said that during the meeting "we reaffirmed the collaboration and cooperation between the U.S. and Honduras in matters of bilateral importance, including irregular migration, economic development, regional security, extraditions and the dismantling of international criminal networks".

"it is understandable that several drug trafficking leaders in Honduras who have been persecuted and extradited by the Government of the Republic since 2015 are annoyed; therefore, they have falsely accused my presidency and my collaborators before U.S. government" said President Hernández.

However, it should be noted that on March 1, 2019, the highest authorities of the Drug Enforcement Administration, the Department of Justice agency that handles the information and intelligence of the U.S. government regarding drug trafficking, met with President Hernandez, thus considering him a trusted partner in the fight against transnational organized crime.

"In an attempt to assault the power, and to revert the extraditions, the depuration of the national police force and promoted laws for seizure of assets and money laundering, unscrupulous politicians in Honduras conspired with drug traffickers to take advantage of the situation created by misleading information to achieve their ends at all costs" said President Hernández.

He reassured that his administration "will continue with its relentless work to recover the peace and tranquility for Honduras people within the framework of the law".