It'll be a mari-time on Toronto's Waterfront Canada Day weekend

TORONTO, June 5, 2019 /CNW/ - The 2019 Redpath Waterfront Festival, presented by Billy Bishop Airport, will be bringing more than beautiful tall ships to Toronto's waterfront, June 29-July 1. Thanks to a $100,000 Celebrate Ontario grant from the Ministry of Tourism Culture and Sport, the festival is delighted to announce enhanced free programming for visitors. With delicious seafood, live music and buckets of nautical fun, it will be the best place to celebrate Canada's birthday.

"Ontario is proud to support the Redpath Waterfront Festival 2019 that will host the majestic fleet of Tall Ships as they return to the Toronto waterfront for Canada Day," said Michael Tibollo, Minister of Tourism, Culture and Sport. "Funding through the Celebrate Ontario program will help this dynamic festival attract new visitors and offer more programs and activities for everyone to enjoy." 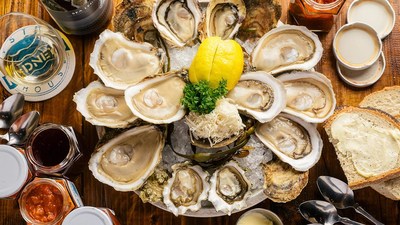 Most of the below programming is made possible through the Celebrate Ontario Grant.

Oyster Shucking Competition
Cheer on your favourite shuckers and get your fill of oysters at this year's festival with Rodney's Oyster House. On Sunday June 30, 10-12 participants will compete for shucking supremacy. The top shuckers will move on to participate in a team relay competition on Canada Day that will see the pros and participants from Bluenose II and Picton Castle go head to head. Before the relay, two members of the audience will be invited to participate in a Shuck N' Slurp competition. Whoever slurps down the most oysters before the clock runs out wins! Shucked oysters will be served to the public following the shows.

Maritime Market
The East Coast is taking over the waterfront. Stroll through maritime and nautical-themed vendors and go overboard on lobster rolls, oysters, scallop and bacon pizza, and fried calamari. The market will also feature handmade nautical jewelry and accessories, beauty products inspired by the sea, refreshing summertime drinks, maritime folk art and home décor. A full list of vendors can be found on the festival's website.

Live Entertainment
Guests will be tapping their feet and singing along all weekend with music from:

Exclusive Sail-Training Experience
Take the helm and hoist the sails aboard Playfair, St. Lawrence II or Fair Jeanne. The three youth sailing vessels are offering tall ship adventures to the public on June 28. This is the only opportunity for visitors to have a sail-away experience. The ships will set sail from Harbour Square Park at 4:00 pm. There are a limited number of berths on each ship. Tickets can be purchasedhere.

Ship Shape Obstacle Course
Visitors can see if they have what it takes to be a tall ship crew member at the Ship Shape Obstacle Course. The festival favourite from 2016 returns to the waterfront with seven skill testing obstacles including a wall climb, pyramid box jump and web crawl. Deckhands from each ship will compete against each other as well as  the Navy and Canadian Coast Guard.

Jump On Board
A fleet of 12 vessels will be participating in this year's Redpath Waterfront Festival. The vessels include: Bluenose II, Picton Castle, Pride of Baltimore II, U.S. Brig Niagara, Denis Sullivan, Fair Jeanne, Playfair and St. Lawrence II, Empire Sandy and Kajama. The Royal Canadian Navy and the Canadian Coast Guard will also be joining the festivities. The Navy will be sailing in on their oldest commissioned ship, The HMCS Oriole. The Coast Guard will be bringing one of their massive icebreaking vessels. A ticket is required to board and explore these beautiful tall ships. Tickets can be purchased at towaterfrontfest.com.

The festival is also delighted to welcome back Parks Canada who will be teaming up with the Royal Canadian Navy to celebrate Home Port Heroes from WWII. Visitors can dig through old photographs and artifacts and play nautical games.

As a result of rising water levels, the festival announced last week that programming parks and ship locations will be moved to the east end of the waterfront. The media alert with more information can be foundhere.

To learn more about the tall ships, food and entertainment at the 2019 Redpath Waterfront Festival and for festival news and updates, visit towaterfrontfest.com and follow @towaterfrontfest on Facebook and Instagram or @towaterfest on Twitter.

ABOUT WATER'S EDGE FESTIVALS AND EVENTS
Water's Edge Festivals and Events is an Ontario not-for-profit corporation created in 2011 with a mandate to become the driving force behind the continuation of the successful Redpath Waterfront Festival. Its objectives are to produce an exceptional annual family festival; provide a strong economic impact for Toronto and Ontario; build strategic partnerships locally, regionally and nationally, including significant stakeholders Redpath Sugar, PortsToronto and The Waterfront BIA.

Our thanks to Cision for sponsoring this announcement. 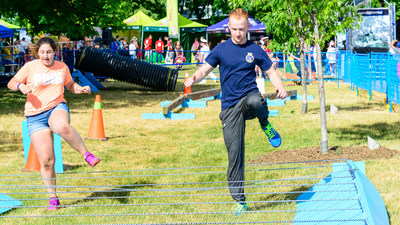 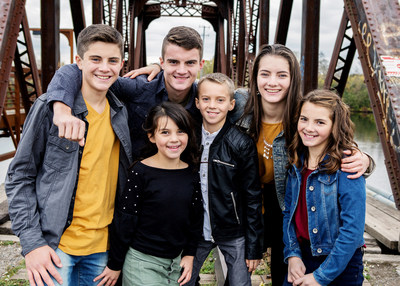 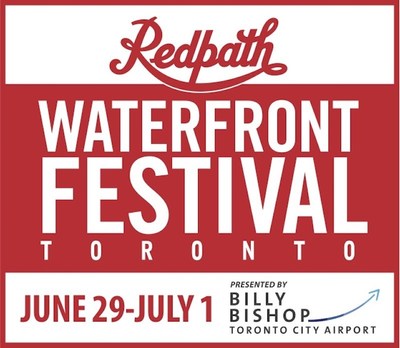