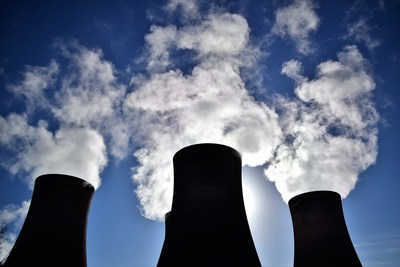 Based on the legislation, one company, First Energy, stands to receive the majority of the newly created $300 million Clean Air Program Fund.

"After the five previous attempts to bail out their failing business on the backs of the Ohio consumers, First Energy is at it again," said Sykes. "Cleverly titled 'The Ohio Clean Air Program,' House Bill 6 was touted as a savings to residential and business customers. In reality the bill is filled with vague language, hidden legacy fees and a $300 million nuclear bailout for two failing power plants in NE Ohio."

"We are firmly opposed to this for all Ohioans, but especially for those age 50-plus who are living on fixed incomes," said Sykes.

Analysis of the bill indicates that rather than seeing a cost reduction in their bills, as originally promised by the bill supporters, all Ohio utility customers will still be on the hook to pay for existing energy efficiency programs and contracts with no clear end to those fees.

"The idea that Ohio utility customers would be asked to not only bail out a profitable corporation but also be required to pay legacy fees for conservation programs that may not exist in the future or provide consumer benefit is absurd and unfair," said Sykes.

"Ohioans expect their elected leaders to be transparent about hidden costs in the form of legacy or mandatory fees, taxes and charges," said Semanthie Brooks, an Akron-area resident and AARP Ohio Volunteer Executive Council member.

"The bill, as written today, does not deliver in a clear, identifiable way, any benefit to Ohio's consumers, manufacturers or future. Instead it promises savings and jobs, but has no specific language outlining due process to ensure that will happen. It will actually increase utility bills and in a very unnecessary and unfair way," said AARP Ohio Manager of Advocacy Luke Russell.

"Utility customers in Ohio expect to pay fair and reasonable prices for electricity- and not a dollar more. AARP will continue to fight unfair increases in utility rates in Ohio."

AARP is a nonprofit, nonpartisan organization, with a membership of more than 37 million, that helps people turn their goals and dreams into real possibilities, strengthens communities and fights for the issues that matter most to families such as healthcare, employment and income security, retirement planning, affordable utilities and protection from financial abuse. We advocate for individuals in the marketplace by selecting products and services of high quality and value to carry the AARP name as well as help our members obtain discounts on a wide range of products, travel, and services.A trusted source for lifestyle tips, news and educational information, AARP produces AARP The Magazine, the world's largest circulation magazine; AARP Bulletin; www.aarp.org; AARP TV & Radio; AARP Books; and AARP en Español, a Spanish-language website addressing the interests and needs of Hispanics. AARP does not endorse candidates for public office or make contributions to political campaigns or candidates. AARP Foundation is an affiliated charity of AARP that is working to win back opportunity for struggling Americans 50+ by being a force for change on the most serious issues they face today: housing, hunger, income and isolation. AARP has staffed offices in all 50 states, the District of Columbia, Puerto Rico, and the U.S. Virgin Islands. Learn more at www.aarp.org.