YORBA LINDA, Calif., Feb. 27, 2019 /PRNewswire/ -- For many companies in the fledgling stem cell regenerative medicine industry, an FDA recall of the primary product it distributes may be the death knell for the business as other firms step in to fill the void left in the rapidly growing market.

For Liveyon, LLC, on the other hand, such an event offered an opportunity for it to accelerate existing plans to move production from an outside vendor to its own labs, enabling it to have full control of the manufacturing process and bring to market a new product that meets or exceeds all current good tissue practice (cGTP) and current good manufacturing practice (cGMP) requirements.

However, before turning attention toward his company's future, Liveyon Founder and CEO John W. Kosolcharoen believes it is important for regenerative medicine therapists and patients to understand how what once was a positive manufacturer/distributor relationship between Genetech and Liveyon eventually required Liveyon to cut ties with its partner and voluntarily recall all Genetech-produced products after 12 patients developed infections caused by a number of bacteria, including E. coli.

"Back in 2016 when Liveyon was being formed, we originally wanted to buy a building, build a lab, and produce our own products," said Kosolcharoen. "But with all that goes into building out a cGMP facility, obtaining an ISO 7 certification on the clean rooms, and complete process validations under FDA and AABB guidelines, we came to the conclusion that we could reach the market faster by partnering with an established cGMP manufacturer."

Industry contacts introduced Kosolcharoen to Edwin Pinos, founder of Genetech and operator of a cGMP facility. In 2016, the two companies entered into an exclusive contract in which Genetech became the manufacturer and Liveyon the distributor for the formula of stem cells and growth factors developed by Liveyon for use in regenerative therapies for debilitating diseases and disorders such as arthritis and orthopedic indications.

With Genetech's help, Liveyon soon became the preeminent distributor of stem cell medicine, shipping twice as many stem cells as all the other suppliers combined. This success was due in no small part to Liveyon's stringent requirements, which mandated that all products passed USP 71 sterility testing, wherein cultures for bacteria, mold and fungi are incubated for 14 days. This is very significant, since some E. coli strains may not be detected before 10 days.

As part of a routine audit of Genetech's facilities in November 2017, Liveyon found that Genetech was not following some of their agreed upon guidelines. "There were deviations found, such as updated equipment calibrations and failure to produce manufacturing records," said Erin Sairafe, Chief Compliance Officer for Liveyon. "There were a few more things that weren't up to the standards of a cGMP manufacturer, so we filed a deviation report with the FDA and suspended all distribution until Genetech provided proof of correction."

Following an FDA inspection in June 2018, Genetech informed Liveyon that it had corrected minor deficiencies found by the FDA. Later that summer Genetech provided documentation -- which now Liveyon believes to be fraudulent -- that supposedly offered proof of compliance with both FDA guidelines and Liveyon protocols.

By late September, Liveyon would learn the ugly truth. The Center for Biologics Evaluation and Research (CBER), a division of the FDA which oversees human cells and tissue-based products, informed Liveyon of reported possible adverse reactions due to the use of the ReGen Series® product. Liveyon immediately suspended shipment of all products pending an inquiry by CBER into the source of the adverse reactions. In addition, after Genetech denied Liveyon's request for another facility audit, Liveyon voluntarily recalled any Genetech products it may have distributed and refused shipment of any future product from Genetech.

"Working closely with the FDA, we executed a strategic recall action plan and immediately began the voluntary recall process," Kosolcharoen. "The decision to stop shipment of Genetech products and implement the recall was to ensure the safety of all patients, regardless of whether the adverse reactions were product-related or the result of any procedural misuse of the product. We were a victim of Genetech just like everyone else."

If there's a silver lining in this story, it's that Liveyon was always planning on becoming its own manufacturer. In fact, in early 2018 it found and began setting up cGMP accredited Liveyon Labs in Yorba Linda, California. The company immediately went to work implementing and validating protocols for the March launch of Liveyon Pure®, its clinical trial grade, live nucleated cell product series bio-engineered to be the cleanest, most effective cellular product on the market.

"When the recall happened, we were already 90 percent through our validation process," said Kosolcharoen. "Because of the hard lessons learned from the experience with Genetech, Liveyon has worked diligently to ensure compliance with Federal and state guidelines. By controlling the process from start to finish in our own FDA-registered facility, we are able to manufacture the safest cellular therapy product to date." 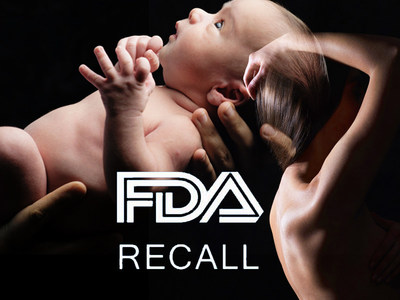