SYDNEY, Dec. 1, 2022 /CNW/ -- Ampcontrol has been named the supplier for conveyor control systems for Stage 1 at the BHP Jansen Potash Project in Saskatchewan, Canada. 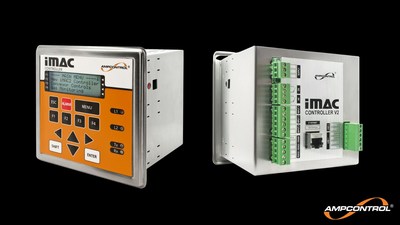 Predominantly used as a fertiliser, potash provides a rich source of potassium which keeps soils fertile and maximises food production. Potash demand is set to increase with global population growth and food demand. This will benefit global crop production through the sustainable intensification of agriculture and the optimisation of crop yields.

The Ampcontrol iMAC monitoring and control system has achieved Canadian Standards Approval (CSA) and will be used for conveyor controls onsite. This marks the first time an Ampcontrol product has been used in Canada.

Ampcontrol Managing Director & CEO, Rod Henderson, said the opportunity to work with BHP in Canada is an exciting one.

"We have a solid history of working with BHP in Australia for over 50 years. We are looking forward to furthering our relationship by participating in the Jansen Potash Project and are eager to share our world class electrical solutions with the broader Canadian market," added Mr Henderson.

Designed to maximise productivity while maintaining the highest level of safety, the Ampcontrol iMAC system is customised to the unique requirements of sites and provides features such as high integrity emergency stop, broadcast messaging, and belt hazard identification functionality, with remote interface capabilities.

"The Ampcontrol iMAC was the successful solution because it provided a remote interface which gave us the ability to link in remotely and help fault find should issues occur. This is particularly important for this site due to our remote location" continued Mr Scheffer.

BHP has announced an investment of US$5.7 billion in the Jansen Stage 1 project, which is located 140 kilometres east of Saskatoon.

Work will start on the conveyor system in late 2022 with the current project expected to be completed by 2025.

- The demand for potash, a key fertiliser, is set to increase alongside global population growth and food needs.

- Supplying conveyor control systems for Stage 1 at the BHP Jansen Potash Project in Saskatchewan marks the first time an Ampcontrol product has been approved for use in Canada.

- Ampcontrol iMAC monitoring and control system achieved Canadian Standards Approval (CSA) and is now available for use in Canada.

Ampcontrol is Australia's largest privately-owned electrical engineering company leading advanced global manufacturing of award-winning innovations, products, solutions and service to the resources, infrastructure and energy sectors. Founded in Newcastle NSW in 1968, Ampcontrol has grown to over 950 employees across 30 operations worldwide.