Neurophet, to participate in the Radiological Society of North America RSNA 2022

SEOUL, South Korea, Nov. 25, 2022 /PRNewswire/ -- Neurophet, an artificial intelligence (AI) solution company for brain disease, announced on the 25th that Neurophet would participate in the Radiological Society of North America 2022 (RSNA 2022). At this conference, Neurophet will showcase several AI analysis solutions for brain imaging, including Neurophet SCALE PET, which has received the U.S. Food and Drug Administration (FDA) 510(k) clearance. 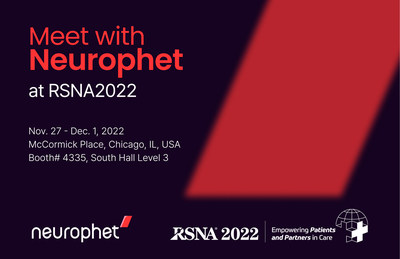 The Neurophet's brain image analysis AI technology introduced during this conference is expected to provide quantitative figures for neonatal brain MRI analysis results, enabling more objective determination of newborn developmental disorders. The study will be introduced in the oral presentation for its clinical use and research on MRI analysis of neonatal brains with Neurophet. The abstract of the joint research is Multimodal MRI-Based Neonatal Brain Segmentation Using Deep Neural Network. Previously, in the case of newborns with suspected developmental disabilities, a brain MRI was taken, and radiologists visually determined the presence or absence of brain developmental abnormalities based on medical knowledge and experience.

CEO Jake Junkil Been of Neurophet said, "Neurophet will share the latest research results on brain image analysis technology prepared over the past year at RSNA, the world's largest radiology society." He emphasized, "In-depth discussions on joint R&D and cooperation will be held with several global companies so that the research outcomes to be presented at this conference can lead to meaningful business results."

The RSNA, founded in 1915 and celebrating its 108th anniversary this year, is the world's largest radiology society, attracting more than 50,000 experts and officials from academia, medicine, and industry. Chicago, USA hosts the RSNA annually, which starts this year on the 27th (local time) and runs until the 1st of the following month.

About Neurophet
Neurophet has specialized in developing solutions for diagnosis support, treatment guides, and treatment devices targeting brain diseases based on cutting-edge artificial intelligence (AI) technology. The company was founded in 2016 by Jake Junkil Been, CEO, and Donghyeon Kim, CTO, who developed the next-generation neuro-navigation system.

Neurophet has set its top priority to helping patients suffering from brain diseases. Based on expertise in neuroscience, Neurophet will continue to challenge and grow to explore the human brain's health and pioneer solutions for brain diseases with AI technology. 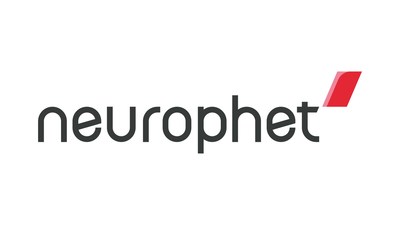