OTTAWA, ON , Nov. 15, 2022 /CNW/ - Canadians support climate adaptation and want to see action from governments to protect them from the natural disasters they are already experiencing, according to a poll commissioned by Insurance Bureau of Canada (IBC). 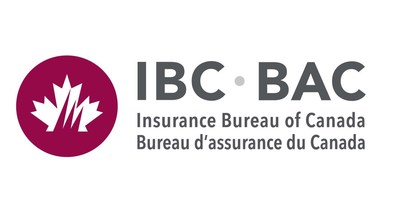 "A majority of Canadians desire government action and accountability on climate adaptation. Setting targets will ensure our communities are better prepared for more severe natural disasters, such as the devastating floods in British Columbia exactly a year ago," said Craig Stewart, Vice-President, Climate Change and Federal Issues, IBC. "Canada's first National Adaptation Strategy must set near-term targets to reduce the risk of flooding and other climate-related disasters, and specify the funded actions needed to attain those targets."

Pollara Strategic Insights conducted an online poll from August 19 to September 6, 2022, among 5,200 adult (18+) homeowners and renters living in Canada who were at least partially responsible for their home insurance policy. The dataset has been weighted by age, gender and region to be representative of the proportions of this population. A probability sample of N=5,200 carries a margin of error of ±1.4% 19 times out of 20.

The results of the questions pertaining to Climate Adaptation can be found here.

The top Climate Adaptation insights from the poll were:

IBC is committed to working closely with the private sector, first responders and governments to improve Canada's preparedness for and resilience to severe weather events.

As a founding member of Climate Proof Canada and co-chair of the National Adaptation Strategy (NAS) Disaster Resilience and Security Advisory Table, IBC congratulates the federal government on its work to develop a NAS that prepares Canada's physical and social infrastructure for increasing perils such as floods, wildfires and heat, and recognizes the outsized effects of these perils on Indigenous peoples and other vulnerable communities

Climate Proof Canada continues to advocate for a National Adaptation Strategy that:

Climate Proof Canada was pleased to amplify an announcement from Environment and Climate Change Canada on Saturday, November 12, at Adaptation and Agriculture Day at COP27 at Sharm El-Sheikh, Egypt, which outlined Canada's action on climate change adaptation and disaster risk reduction both at home and abroad, in particular, its support for setting targets:

"At home, the Government of Canada is working with provinces, territories, Indigenous peoples, and other key partners and experts to develop Canada's first National Adaptation Strategy. The Strategy is a whole-of-society blueprint for adaptation action. It is designed to establish common objectives and measure progress by setting clear targets for collective action to limit the effects of climate change throughout Canada."

About Insurance Bureau of Canada

Insurance Bureau of Canada (IBC) is the national industry association representing Canada's private home, auto and business insurers. Its member companies make up the vast majority of the property and casualty (P&C) insurance market in Canada. For more than 50 years, IBC has worked with governments across the country to help make affordable home, auto and business insurance available for all Canadians. IBC supports the vision of consumers and governments trusting, valuing and supporting the private P&C insurance industry. It champions key issues and helps educate consumers on how best to protect their homes, cars, businesses and properties.