Expands CCMs mission of growing the game at every level

MONTREAL, Oct. 6, 2022 /CNW/ - CCM Hockey, a leading designer, manufacturer and marketer of hockey equipment, is excited to announce that it has been named official equipment sponsor of the Professional Women's Hockey Players Association (PWHPA) for the upcoming season. This new partnership aligns with CCM's mission of supporting women's hockey and growing the game at every level. 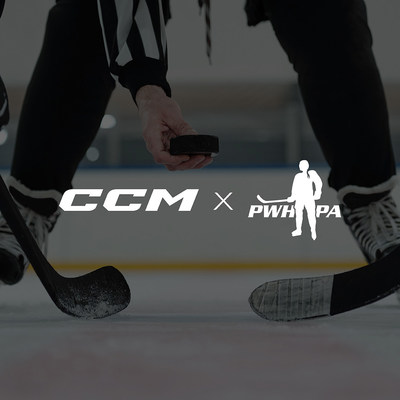 CCM Hockey will supply helmets, protective gear, skates and sticks to players in the PWHPA's 2022-2023 showcase games, beginning with matches slated for Montreal, Quebec on October 15-16 and Truro, Nova Scotia from November 4-6.

CCM is delighted to be a part of these marquee events that will raise the profile of women's hockey. The company will provide the best gear in the game for optimal performance to the PWHPA's four teams, which will feature 43 Olympians and more than 75 players with national level experience, along with new top college graduates. CCM and the PWHPA will team up to promote the best hockey players and the best hockey.

"Partnering with the PWHPA in support of women's hockey reflects a key priority for CCM and aligns with our company mission to work with all stakeholders in the sport to share our passion, ensuring that the sport of hockey is played by the greatest number of people. Working with the talented individuals of PWHPA to support women's hockey is true to who we are, and to what we want to support as a brand and as a voice in hockey. We look forward to the upcoming season and to building upon our partnership for the long term," stated Marrouane Nabih, Chief Executive Officer of CCM Hockey.

"I am extremely excited about our partnership with CCM Hockey because I am confident that the equipment and the service our players will receive is to the highest standard we deserve as professional athletes." Kendall Coyne Schofield, PWHPA player and president of the PWHPA board.

"CCM has a storied history in hockey and we're thrilled to have them on board as our Official Equipment Sponsor," said Jayna Hefford, PWHPA's Head Operations Consultant. "CCM will be an essential partner throughout the season as we continue to provide and expand upon the support for our players. The partnership with CCM will ensure our athletes have access to the gear they need in order to continue to perform at an elite level on the ice."

CCM Hockey is a leading designer, manufacturer and marketer of hockey equipment. With its headquarters located in Montreal, the company has operations in Canada, the United States, Europe and Asia. CCM Hockey equips more professional hockey players than any other company, including superstars like Auston Matthews, Connor McDavid, Matt Dumba, Sidney Crosby, key female players such as, Kendall Coyne-Schofield and Sarah Nurse and top performing Goalies such as Jakub Markstrom, Thatcher Demko, Philip Grubauer and Maddie Rooney. CCM Hockey is also the official outfitter of the American Hockey League, the Canadian Hockey League, and several NCAA and National teams.

Professional Women's Hockey Players Association's (PWHPA) mission is to promote, advance and support a viable professional women's ice hockey league in North America that showcases the greatest product of women's professional ice hockey in the world. The organization aims to provide a united voice to players advocating for the creation of a sustainable professional league. PWHPA is working to accomplish its mission by coordinating training needs and programming opportunities and collaborating with like-minded organizations to make hockey more inclusive for women and future generations. To learn more about PWHPA and the Secret® Dream Gap Tour, visit pwhpa.com. 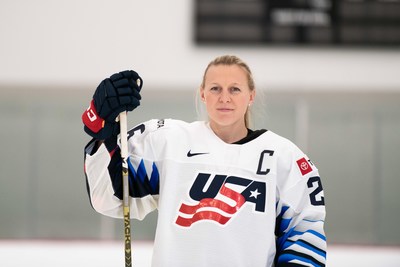