Le Lézard
Classified in: Sports and recreation
Subjects: NPT, PER

Dynastic tennis 'champion' hangs up his tennis shoes, but will remain with Tennis Canada as Special Advisor starting December 31, 2022

MONTRÉAL, Oct. 6, 2022 /CNW/ - Eugène Lapierre, a name synonymous with tennis in Québec, Canada, and around the world for more than three decades, has announced he is stepping away from his role as Tournament Director of the National Bank Open presented by Rogers in Montréal. Under his leadership, the event has become one of the most successful tennis tournaments in the world. The reins of the event will now go to Valérie Tétreault, previously Director of Communications at Tennis Canada and a respected TV sports commentator and former professional tennis player. Lapierre will remain with Tennis Canada as Special Advisor to focus on special projects in Québec including the push for greater access to year-round, accessible tennis courts, a long term vision and plan for the Montréal tournament, as well as supporting the new tournament director. 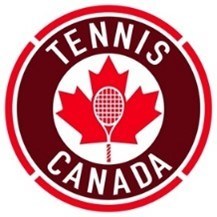 "I really want to focus all my attention on the promotion of the sport of tennis," said Lapierre. "Tennis Canada has been very successful in developing the top of the sport pyramid. We now have home-grown champions who make young people dream. I would like now to see us work together to create more opportunities for young people to embrace tennis and develop their athletic talent."

Lapierre has been a force in tennis since his youth. As a player, he dominated the province of Québec in the U16 and U21 categories in addition to ranking fourth in the open division. In 1978, he transitioned to coach and club professional and soon after took the role of Technical Director at Tennis Québec until 1993 when he joined Tennis Canada. For more than 20 years, Lapierre played a pivotal role in most if not all major tennis events in Québec. After being named assistant tournament director of the Canadian Open Tennis Championships in 1999, he became the sole director in 2001.

"Eugène has contributed significantly to making Québec known around the world as one of the leading forces in the development of tennis," says Peter Kruyt, chair of the board of Tennis Canada. "We could not be more grateful for his dedication and service to the sport and to the National Bank Open which he and his team have built into the 'place to be' in Montréal every August. We are also grateful for his decision to remain active with us and the event, and that he will play a crucial role in promoting year-round tennis, the next challenge for our organization."

As for Ms. Tétreault, in addition to the role of tournament director in Montréal, she will become the main spokesperson for tennis in Québec and will continue to oversee national communications at Tennis Canada.

"I couldn't be happier to pass the racquet to Valérie," adds Mr. Lapierre. I have known her since the beginning of her playing career, as a junior and a high level professional, and I have seen her passion for our sport, her skills, her professionalism and her innate ability to lead people. I have loved working with her as well as countless members of our great tennis family, and I look forward to continuing to work with her in the years to come."

"I am eager to begin this new chapter of my career and continue to share my love for the sport," says Valérie. "I've lived and breathed tennis since I was a child and the enthusiasm I feel for our sport has only increased through my work at Tennis Canada. I am excited for the future and look forward to working with my colleagues and our sponsors, partners, volunteers and fans to continue to elevate the tournament and our sport for the benefit of all Canadians."

Born in Saint-Jean-sur-Richelieu, Québec, Valérie is a former professional tennis player, reaching the ranking of world No. 112 in 2010 and having earned a total of 13 junior national titles. A member of the Canadian Billie Jean King Cup team from 2007 to 2010, she retired at the end of 2010 at only 22 years of age. Valérie joined Tennis Canada in 2011 as a Communications Coordinator, earning a promotion to Communications Director in 2018.

"Valérie, Anne and Marie-Renée, all based in Montréal, will have a strong voice and role in Tennis Canada's future and in the next chapter of success for tennis in Canada," said Michael Downey, president and CEO of Tennis Canada. "These leaders demonstrate the important role that women play in our sport. The future of our sport is in very good hands."

Founded in 1890, Tennis Canada is a non-profit, national sport association with a mission to lead the growth of tennis in Canada and a vision to become a world-leading tennis nation. The organization values teamwork, passion, integrity, innovation, and excellence. Tennis Canada owns and operates the premier National Bank Open presented by Rogers WTA and ATP Tour events, four professional ATP and ITF sanctioned events and financially supports four other professional tournaments in Canada. Tennis Canada operates junior national training centres/programs in Toronto, Montreal, Vancouver, and Calgary. Tennis Canada is a proud member of the International Tennis Federation, the Canadian Olympic Committee, and the Canadian Paralympic Committee, and serves to administer, sponsor, and select the teams for Davis Cup, Billie Jean King Cup, the Olympic and Paralympic Games and all wheelchair, junior and senior national teams. Tennis Canada invests its surplus into tennis development.