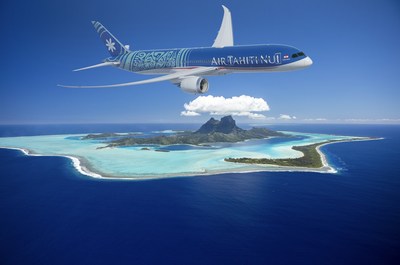 In a new partnership with Alaska Airlines, Air Tahiti Nui becomes the first and only carrier offering direct flights connecting the South Pacific and the Pacific Northwest. Air Tahiti Nui will be operating the new service twice weekly using the 787-9 Dreamliner. Base fares will start at USD $769 tax excluded.

"Our new route provides a chance for North American travelers to discover the beauty of the 118 Islands of Tahiti, including Tahiti, Bora Bora, Moorea and Rangiroa, which serve as the background to the many wonders to discover, landscapes to explore, and memories to create," said Michel Monvoisin, CEO of Air Tahiti Nui. "In addition to our long-established route from Los Angeles International Airport (LAX), this new gateway to The Islands of Tahiti brings the heart of the South Pacific to more travelers in North America and strengthens Air Tahiti Nui's position as the leading carrier of French Polynesia."

"We're thrilled to welcome Air Tahiti Nui as the newest international airline to launch service to SEA," said Port of Seattle Commissioner Toshiko Hasegawa. "As only the second U.S. destination for Air Tahiti Nui, we look forward to being a new gateway for travelers seeking to luxuriate in the tropical paradise of Tahiti."

The codeshare partnership between Air Tahiti Nui and Alaska Airlines allows passengers to travel via Seattle-Tacoma International Airport (SEA) to and from almost 100 cities in North America. Alaska Airlines and Air Tahiti Nui offer flexible and convenient access between many major cities such as Vancouver, Boston, Chicago, Miami, New York City, and The Islands of Tahiti.

"Just as the weather begins to turn in the Pacific Northwest, our guests can now chase the warm sun all the way to Tahiti with a convenient nonstop flight from Seattle on Air Tahiti Nui," said Nat Pieper, senior vice president of fleet, finance and alliances at Alaska Airlines. "Air Tahiti Nui is a terrific new global airline partner for us, further connecting the West Coast to the South Pacific with world-class service and amenities on their Boeing 787-9 Dreamliner planes. With so much beauty, Tahiti is truly an aspirational destination."

The two airlines will combine their frequent flyer programs, allowing their passengers to earn and redeem miles on all flights operated through the codeshare. Alaska Airlines' customers will be able to earn or use their Mileage Plan miles when traveling with Air Tahiti Nui and Air Tahiti Nui's customers will be able to use their Club Tiare miles in Alaska Airlines' network.

To provide its passengers with the best travel experience, Air Tahiti Nui commits to the highest quality of service and safety standards. The Polynesian airline is internationally recognized and has been awarded for the fourth consecutive year the following prestigious titles:

"We are honored to welcome Air Tahiti Nui and their Tahitian Dreamliners to Seattle," said Christy Reese, vice president of Commercial Sales ? Asia Pacific, The Boeing Company. "As an all-Boeing operator, we are proud of our long-standing partnership with Air Tahiti Nui. This route launch is a momentous occasion and we are proud that the superior fuel efficiency, flexibility and range of Air Tahiti's fleet of 787s contributed to connecting this new and unique city pair."

The warmth and authenticity of the Polynesian welcome are expressed in the smiles of the Air Tahiti Nui crew and the comfort of the cabins, echoing the beautiful turquoise hues of the lagoon, and transporting the passengers to Tahiti from the moment they step onboard.

For more information about the new Seattle to Tahiti route and entry procedures to the Islands of Tahiti, please visit www.airtahitinui.com or call 877-824-4846.

Air Tahiti Nui links the South Pacific with four continents as the leading carrier to French Polynesia, with daily non-stop service to Tahiti from Los Angeles, and is one of only two airlines to offer a selection of non-stop flights connecting Los Angeles and Paris. With the new non-stop service to Tahiti from Seattle commencing on October 5th, 2022, Air Tahiti Nui becomes the only airline connecting the Pacific Northwest and French Polynesia. Headquartered in Papeete, Tahiti, Air Tahiti Nui currently operates from its Tahiti base to destinations in 10 countries in cooperation with a number of codeshare partners including Alaska Airlines, American Airlines, SNCF, Air Calin, Air New Zealand, Japan Airlines, Korean Air, Qantas and LATAM. Follow Air Tahiti Nui on Facebook facebook.com/airtahitinuinorthamerica and Instagram @airtahitinui. For more details, please visit www.airtahitinui.com. 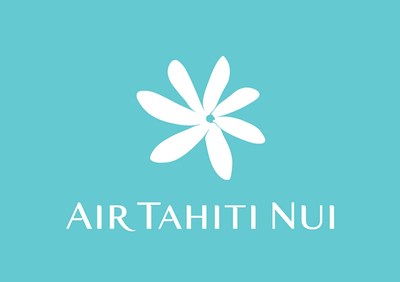