"Stunning film ... I just wanted to stand up and cheer," said audience member of short film

MILWAUKEE, Aug. 11, 2022 /PRNewswire/ -- Full-service advertising agency Bader Rutter's short film Direct Positive has been awarded "Best Documentary 2022" by audiences of the FEEDBACK Female Film Festival. Direct Positive, which premiered at the Milwaukee Film Festival in late April, is the result of a partnership between Milwaukee-based agency Bader Rutter and TEMPO, a membership organization dedicated to furthering the impact of women leaders in the Milwaukee area. 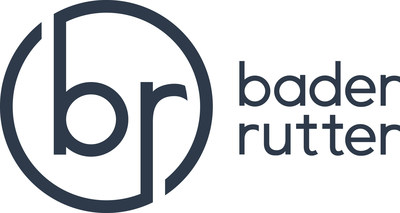 Direct Positive has been awarded "Best Documentary 2022" by audiences of the LA-based FEEDBACK Female Film Festival.

In August, audiences of the Los Angeles-based FEEDBACK Female Film Festival screened Direct Positive, leaving rave reviews: "Direct Positive was so beautiful and inspiring. I absolutely loved getting to hear the stories of all these empowered women in leadership," one viewer said. "I think the filmmakers were really smart in the way that they shot [Direct Positive], in the way that they edited this. It all had this lovely flow to it," another said.

"I continue to be humbled by the way this film is resonating with audiences," said Sarah Kmet-Hunt, executive creative director at Bader Rutter and co-director of Direct Positive. "This latest honor from the FEEDBACK Female Film Festival shows how important it is to ensure a diverse group of women have a seat at the table wherever important decisions are being made."

The project began with TEMPO members sitting for portraits with Milwaukee-based tintype photographer Margaret Muza. But what the 120-year-old camera revealed was far deeper than anyone expected.

A team of women from Bader Rutter wove those stories together to create Direct Positive. The result is an honest and raw look at how female leadership has changed the workplace and the world for the better ? and how much progress still needs to be made.

"At TEMPO, we like to say that 'the world moves when women rise.' Direct Positive features a chorus of strong women's voices sharing how they've risen above all obstacles to move the world toward a better future for all," said Jen Dirks, president and CEO, TEMPO. "We're thrilled that audiences are connecting with their stories and giving them a larger platform."

Since its premiere at the Milwaukee Film Festival, Direct Positive has screened at both the San Francisco Documentary Festival and FEEDBACK Female Film Festival.

"My hope is that viewers take these stories to heart. Let's all embrace the fact that our world still has work to do to support women and to empower the women to stop trying to fit other's molds and to own their truths," Kmet-Hunt said. "That, to me, is the kind of world all women deserve and the kind of world we should create for the women after us."

Arrange a screening of Direct Positive here ? and learn why audiences say more people need to see this award-winning film.

Bader Rutter is a full-service advertising and marketing agency with offices in Milwaukee and Chicago. It is both the largest agricultural marketing agency and the leading B2B marcom agency in the country. With close to 245 full-time employees in 13 states, Bader Rutter offers a full array of advertising, digital and social media, public relations, business consulting, and branding and design capabilities. The employee-owned agency's expertise includes core work in agriculture, the food production system, pet care and animal health, manufacturing, insurance and financial services.

TEMPO is the largest professional women's group in Wisconsin, composed of nearly 800 members representing diverse industries, functions and companies from throughout the Milwaukee area and Southeastern Wisconsin. TEMPO serves its membership of executive, senior and C-level and Emerging Women Leaders through educational programming and professional development, networking opportunities, relationship building and mentoring, with the goal of empowering women to achieve and sustain leadership roles. Learn more at https://www.tempomilwaukee.org/.