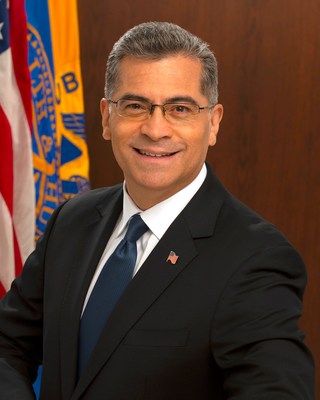 The Medallion Award is CHCI's highest accolade and one of the most prestigious honors in the Latino community bestowed annually upon individuals who are positive role models and whose extraordinary careers, civic leadership, and service contribute to the greater American society.

"We are thrilled to honor both Celia Cruz and Secretary Xavier Becerra at this year's gala. Celia Cruz's Medallion of Excellence, being presented posthumously, is a testament to her ever-lasting legacy not just within the Latino community - but the country - and the world. The American Dream Medallion being presented to Secretary Xavier Becerra honors the first Latino to head the Department of Health and Human Services and a champion of Latinos for more than two decades," said Marco A. Davis, CHCI President and CEO.

The 2022 CHCI Medallion of Excellence in the Arts, Entertainment, Media, Music, and Sports will be awarded to Celia Cruz (posthumously)

Celia Cruz was a gifted artist and singer who grew up in Santos Suárez, Cuba where she was inspired by talented musicians and entertainers who influenced her future singing endeavors. Beloved as the "Queen of Salsa," Cruz's visibility as a revolutionary Afro-Latina artist, placed Cuba on the map as home to traditional Afro-Cuban music. Throughout her career, Celia Cruz redefined salsa, recording more than 80 albums and songs, earning 23 Gold Records, and winning five Grammy Awards. Cruz passed in July 2003 from brain cancer, however, her prominent legacy spotlights Celia Cruz as a once-in-a-generation musician and performer in the salsa and Latin music genre.

The 2022 CHCI American Dream Medallion in Education, Science, Medicine, or Civil Rights will be awarded to Secretary Xavier Becerra

Born in Sacramento, California, Secretary Becerra is the son of working-class parents. As the 25th Secretary of the Department of Health and Human Services and the first Latino to hold the office in the history of the United States, Becerra has the responsibility of carrying out President Biden's vision to build a healthy America, ensuring all Americans have health security and access to healthcare. Secretary Becerra served 12 terms in Congress as a member of the U.S. House of Representatives, advocating for health, patient safety and lower costs for seniors. Throughout his career, Becerra cracked down on Medicare and Medicaid fraud, acted to combat the opioid crisis, including holding drug makers accountable, won an unprecedented $575 million antitrust settlement against one of the largest health systems in California, and led the federal court case to save the ACA and with it, the protections of the 133 million Americans with preexisting conditions.

"Developing the next generation of Latino leaders is key to ensuring everyone who works hard in our country has representation at the highest levels in the public and private sectors," said HHS Secretary Xavier Becerra. "As the son of parents from Mexico, I know first-hand how important it is to open doors for families across the country. Representation, whether in the halls of Congress or board rooms across the nation, is critical to protecting America's health. I'm proud to receive the 2022 American Dream Medallion Award, and I encourage young Latino leaders to continue doing their part to create a more perfect union. At HHS, our work continues to improve the health and well-being of communities nationwide, including the Latino community. From strengthening reproductive health care and protecting LGBTQ+ communities from discrimination to increasing access to federal insurance programs and closing disparities in COVID-19 vaccination rates ? we at HHS, like the Institute, always have an eye toward equity."

Onsite press credentials and interview requests with select honorees, musical talent, participants, and organizational leadership may be available upon request.

The Congressional Hispanic Caucus Institute (CHCI), is the premier Hispanic nonprofit and nonpartisan 501(c)(3) leadership development organization in the country that educates, empowers, and connects emerging Latino leaders by providing leadership development programs and educational services. The organization was established in 1978 by Hispanic Members of Congress to ensure a diverse and inclusive leadership pipeline. CHCI's leadership is comprised of Hispanic/Latino Members of Congress, community leaders, and corporate executives guiding the Institute's mission forward. CHCI directly impacts the lives of more than 1,700 students and young professionals each year through its fellowships, congressional internships, and the R2L NextGen high school program. For more information or to get involved, visit CHCI.org. 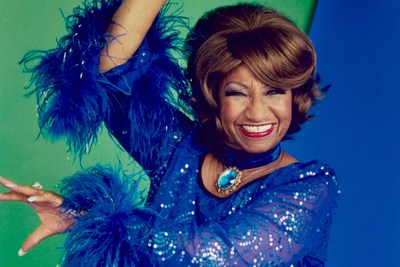