Café Santo Domingo is showcased at the Bronx Dominican Parade 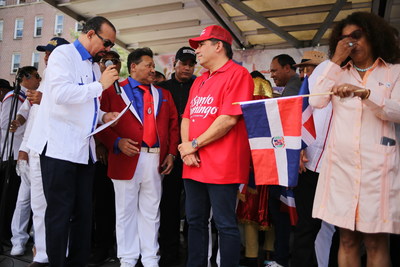 To the rhythm of merengue and bachata, thousands of Dominicans gathered along Grand Concourse Avenue in the Bronx to enjoy the floats and troupes while celebrating their Dominican identity. Pozo Perelló paraded in the official Café Santo Domingo's float, and was accompanied by his special guest, former Dominican professional baseball player Vladimir Guerrero.

"It gives me great pride to be present, together with Café Santo Domingo, in the Dominican Parade in the Bronx, and to have been selected as Grand Marshal in this great festivity that celebrates Dominican culture," said Pozo Perelló.

Café Santo Domingo began its path to the United States market more than a decade ago in an unassuming way. In 2020, the import effort was expanded with a store on the Amazon e-commerce platform, thus reaching the entire United States. Since last year, the brand has also been expanding its distribution thanks to an agreement with Goya Foods, a partnership that began in the Northeast region of the country, including New York. To date, Café Santo Domingo is available in more than 30 states in the Northeastern and Southeastern United States.

Industrias Banilejas S.A.S., (INDUBAN) is the leading coffee producing company in the Dominican Republic. Established in 1945 for the purchase, elaboration, and sales of coffee, it later became an exporter of Dominican gold coffee, highly sought after in the United States and Europe. For more than 75 years, Induban has served Dominicans the aroma and flavor of Café Santo Domingo, the leading and most emblematic brand in the country. Its brands transcend borders, being enjoyed around the world, including The United States, Canada, Spain, Hungary, Russia, Aruba, St. Martin, and Virgin Islands, among others. 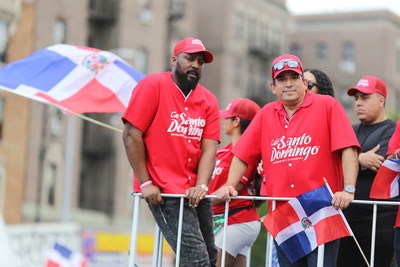