BENGALURU, India, June 29, 2022 /PRNewswire/ -- In its maiden fundraising round, Bengaluru-based Move-to-Earn startup Fitmint (web3 app where users can earn rewards in cryptocurrency just by walking, running or working out) has announced raising seed funding of US$ 1.6 Million from multiple VCs and institutional investors. This seed fundraising round was led by renowned international venture capital firm General Catalyst, and it also witnessed participation from iSeed, Kearny Jackson, Dweb3 and 1947 Rise, among others. 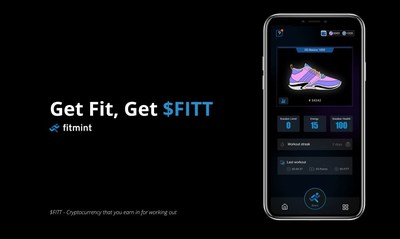 Fitmint will be using the amount raised for their hiring and team expansion, marketing and optimizing tech infrastructure. The startup is targeting to generate US$ 12-15M revenue by end of the current fiscal year, i.e. FY 2022-23. With over 100K+ members on Twitter and Discord coming from over 50 countries across the globe, 85 percent of its total users come to the app and burn calories every day.

Speaking on the fundraise, Rohit Sharma, Co-Founder & CEO, Fitmint said, "We at Fitmint are happy and glad to receive our first-ever seed funding -- which is going to play a massive role in driving and bolstering our mission and vision to create a world where billions of people get fit every day, while being onboarded to the web3 fitness arena in a frictionless manner."

Viren Baid, Co-Founder, Fitmint  adds, "We at Fitmint aim to nudge people to adopt a healthy and active lifestyle alongside aligning them with the wonders of web3; and the current fundraising round is a momentous milestone in the same direction. We are linking a person's essential daily activity to web3, which enables us to bring mass adoption to web3 in the most frictionless manner. With Fitmint, the revolution in fitness has just started off, and is bound to go a long way further in the times to come."

"It is no secret that some of the fastest growing software companies today are being built globally, including out of India,'' says Anand Chandrasekaran, Partner at General Catalyst. He adds, "This 'built in India, for the world' theme, focused on high-quality products built by some of the most ambitious founders, has a growing set of believers. We believe that web3/Crypto will increasingly be one of the categories which these founders will choose to build in".