STEVENS POINT, Wis., June 27, 2022 /PRNewswire/ -- The 2022 U.S. Senior Open Championship is in the books, with Padraig Harrington holding off Wisconsin-native Steve Stricker Sunday at Saucon Valley Country Club in Bethlehem, Pa. Now, all eyes turn to SentryWorld in Stevens Point, Wis., the 2023 host of the USGA's prestigious event. Scheduled for June 26?July 2, 2023, the championship will be the second U.S. Senior Open to be hosted in Wisconsin and the first since 2007. 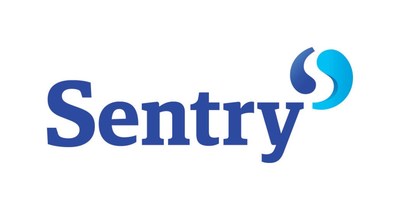 All eyes now turn to SentryWorld in Stevens Point, Wis., and the 2023 U.S. Senior Open Championship.

Fans excited to get involved with the championship have two options to do so now: early bird ticket packages and volunteer registration.

Early bird ticket packages for the 2023 U.S. Senior Open are available at sentryworld.com. Fans can purchase weekly gallery tickets at a rate of $135. PJ's Champions Club tickets, which include access to the championship grounds and an exclusive all-inclusive food and beverage package at PJ's restaurant on the SentryWorld campus, are also available at a reduced price of $450 per day. Both price promotions end August 7, after which rates increase to regular admission prices.

More than 2,000 volunteers are needed for next year's U.S. Senior Open, with a variety of opportunities available. Volunteering provides a unique opportunity for a behind-the-scenes and up-close look at world-class golf, while giving back to the central Wisconsin community. Volunteer information and registration can be found at sentryworld.com/usso2023/volunteer.

"Volunteers are the driving force behind any successful golf championship," said Steve Marino, SentryWorld's 2023 U.S. Senior Open Championship Director. "We've already had an unprecedented response to our call for volunteers. People in central Wisconsin recognize the positive impact the U.S. Senior Open will have on this community and they want to be a part of the experience."

"Our goal with the renovations was to make the course challenging for the world's best players, while keeping it fair, playable, and enjoyable for everyday guests," said Mike James, General Manager of SentryWorld. "We're confident SentryWorld will provide a world-class experience and environment for players, officials and fans alike. We look forward to an exciting championship."

"It will be a lot of fun to be able to play at home," said Stricker, who has 12 career PGA Tour wins to his name and is from Edgerton, Wis., two hours south of Stevens Point. "I haven't played SentryWorld since they've redone it, but I've heard nothing but positive things. It's going to be great to kind of have a home-field advantage, and I'm looking forward to it already."