WESTPORT, Conn., May 24, 2022 /PRNewswire/ -- Newman's Own Foundation, the private foundation founded by legendary actor Paul Newman and funded by the profits and royalties it receives from the sale of Newman's Own food and beverages, is announcing a new giving mission of nourishing and transforming the lives of kids who face adversity every day. Crossing the milestone of more than $600 million donated over 40 years, the Foundation will now help more kids and engage more innovative community leaders and organizations that bring joy to children facing serious illness and advance children's nutrition security across the U.S., including indigenous communities where funding has been historically low. 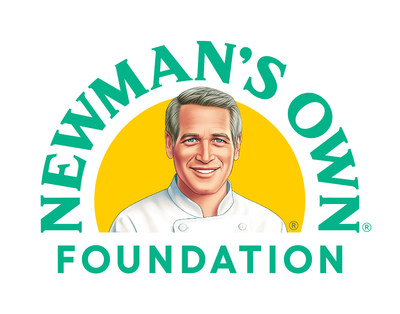 The updated giving strategy carries on both Paul Newman's legacy of "giving it all away" and his commitment to enhancing the quality of life for children whose enjoyment of childhood has been disrupted by circumstances beyond their control. "Let's Give it All Away" is what Paul Newman declared in 1982 when he decided to sell his homemade salad dressing, creating the world's first food company that gives 100% of the money it makes to good causes. In the last 40 years, nearly $600 million has been donated to more than 22,000 organizations that focus on kids who face adversity, equal access to human rights, food and nutrition security, animal welfare, independent media, military veterans, and more. Now, as the Foundation continues to embrace Paul Newman's ethos, funded by profits and royalties from the sale of Newman's Own food and beverage products, it will focus its efforts on bringing joy and nutrition security to kids who face adversity.

Today, more than 34 million children in the U.S. face at least one significant adverse childhood experience, including severe or chronic health conditions, extreme poverty, and nutrition insecurity, and the need has grown with the COVID-19 pandemic. In 2019, the overall food insecurity rate for kids was the lowest it had been in more than 20 years, yet nearly 11 million children were still food insecure. Those numbers rose again by several million over the last two years, with about one in seven children now facing nutrition insecurity. Two out of five struggle with at least one severe chronic health condition. Newman's Own Foundation will continue to help these children through grants to leading organizations, including FoodCorps and the SeriousFun Children's Network.

"Paul Newman believed that it's really important to uplift those who need a little boost," explained Miriam E. Nelson, PhD, president and CEO of Newman's Own Foundation. "So, he pioneered the idea of a philanthropic endeavor that commits 100% of the money it makes to transform and nourish lives. Newman's Own doesn't support a cause to sell products; it sells products to support a cause, and its cause is helping kids who face adversity. We believe that if Paul were still with us today, he would embrace our focus on kids and be proud of the enduring relationships that we have built.

"In 1988, Paul Newman opened a free camp where children with serious illnesses could escape the fear and isolation of their medical conditions and experience the pure joy and adventure of being a kid," said Blake Maher, CEO of SeriousFun Children's Network. "Paul, and that first camp, inspired a global movement, and now there are 30 SeriousFun Children's Network camps and programs across the world that have a life-changing impact on children and their families. We are thankful to Newman's Own Foundation for continuing to honor Paul Newman's legacy through their ongoing donations and commitment to giving kids facing serious illnesses the opportunity to discover all that is possible in their lives."

"In this critical moment for our nation's kids, we have seen the vital role that schools play in maintaining and improving children's nutrition security," said Curt Ellis, co-founder and CEO of FoodCorps. "Paul Newman supported some of our earliest work advocating for a future in which every school is a healthy school, and every child is well-nourished and ready to learn. Now, with its renewed focus on children, Newman's Own Foundation is lending FoodCorps their trust and seal of approval in advancing the nutrition security movement in powerful and entrepreneurial ways. I also appreciate that they go beyond monetary donations to amplify FoodCorps' work on select Newman's Own food packs ? we've had other donors learn about us that way!"

The Foundation does not maintain an endowment, raise funds, or accept donations. It is funded by profits and royalties from the sale of Newman's Own food and beverage products, including salad dressing, frozen pizza, pasta sauce, salsa, popcorn, and cookies. Beyond monetary donations, Newman's Own Foundation uses advocacy and amplification to support kids, because as Paul Newman believed, "When you see the right thing to do, you better do it." For more information on Newman's Own Foundation, visit NewmansOwn.org.