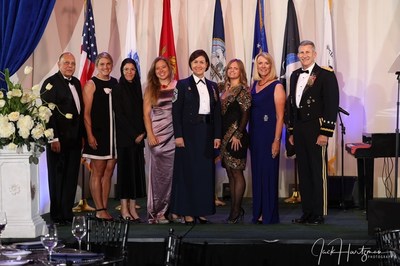 Celebrity Chef Andre Rush, a retired decorated combat veteran who does 2,222 push-ups a day for suicide awareness and prevention, emceed the Washington Region's premier fundraising event for our nation's defenders. This is the seventh consecutive year the event raised over $1 million.

"The PenFed Foundation is grateful to our supporters for sharing our commitment to our nation's veterans, their caregivers, and their families," said PenFed Foundation Chairwoman of the Board of Directors and former Secretary of the Air Force, Deborah James. "Over the past decades, we've created 40,000 free bed nights a year at the Defenders Lodge in Palo Alto to prevent veterans from sleeping in their cars while receiving treatment at the VA Center, helped almost a thousand military families cover their bills with emergency financial relief during the COVID-19 pandemic and assisted in relocating 48 Afghan families to the United States with help for rent, cars, and citizenship applications."

The PenFed Foundation, a national 501(c)3 founded by PenFed Credit Union, was created in 2001 and, since then, has provided more than $40 million in financial support to veterans, active-duty service members, families, and caregivers. Those interested in supporting the PenFed Foundation's mission to help the military community and their support network are encouraged to visit penfedfoundation.org. A photo gallery from the event can be viewed here.

About PenFed Foundation
Founded in 2001, the PenFed Foundation is a national nonprofit organization committed to empowering military service members, veterans and their communities with the skills and resources to realize financial stability and opportunity. It provides service members, veterans, their families and support networks with the skills and resources they need to improve their lives through programs on financial education, homeownership, veteran entrepreneurship and short-term assistance. Affiliated with PenFed Credit Union, the Foundation has the resources to effectively reach military communities across the nation, build strong partnerships, and engage a dedicated corps of volunteers in its mission. The credit union funds the Foundation's personnel and most operational costs, demonstrating its strong commitment to the programs the Foundation provides. Equal Housing Opportunity. To learn more, visit www.penfedfoundation.org. 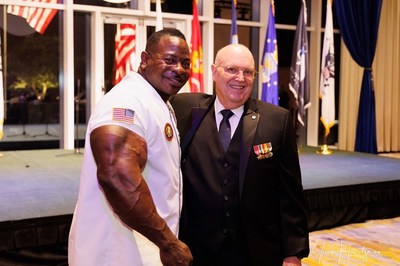