SAN DIEGO, May 11, 2022 /PRNewswire/ -- Boochcraft, the plant-based, organic hard kombucha company, has officially become a Certified Benefit Corporation, a label awarded exclusively to companies that voluntarily meet the highest standards for social and environmental performance. Notably, Boochcraft is the first hard-kombucha brand to achieve B-Corp status and will join more than 4,000 Certified B Corporations spanning more than 70 countries and 150 industries in a global effort to build a more inclusive and sustainable economy. 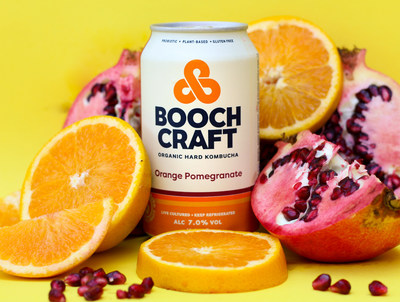 Creating a business that drives impact has been one of Boochcraft's core values since its inception in 2016. "We have been at it for six years now selling hard kombucha and over eight years since we first had the idea to start Boochcraft," says Adam Hiner, Boochcraft co-founder. He continues, "Many things have changed since those early days, but one thing remains true: our commitment to doing better for the planet, giving back to the community and doing business in a sustainable way."

According to B Lab, the nonprofit behind B Corporations, "The growing movement hopes to work toward a world where business is a force for good and plays a leading role in positively impacting and transforming the global economy into a more inclusive, equitable and regenerative system."

Boochcraft looks to further establish a culture that values this balance of people, planet and profit with the goal of creating a ripple effect that will ignite even more positive change. Becoming a B-Corp is a commitment to practice what it preaches and hold itself accountable as a business every day.

Hiner states that Boochcraft hopes to "continue improving our efforts in creating more harmony between people, planet and profit. We see impact as an ever-evolving effort. Each time we turn over a stone to find something we can improve, it leads us to another stone. 'Do Better' is a Boochcraft value that holds us accountable to continue making better and better hard kombucha. It is also a value that keeps us looking to continue to refine our impact efforts each year."

ABOUT BOOCHCRAFT
Boochcraft, founded in 2016 by three friends in San Diego, California, ignited a brand-new industry of better-for-you beverages in the alcohol space: hard kombucha. With an uncompromised focus on quality, Boochcraft is juicing whole, organic fruits in-house at their Boochery in Chula Vista, California, to craft a naturally gluten-free, unpasteurized, vegan alcoholic drink that provides a happier buzz. Boochcraft has committed to brewing responsibly through sustainable manufacturing practices and a long-standing partnership with 1% for the Planet. With a mix of year-round flavors and seasonal releases, Boochcraft currently delivers the highest-quality, lowest-impact hard kombucha across 13 states nationwide. 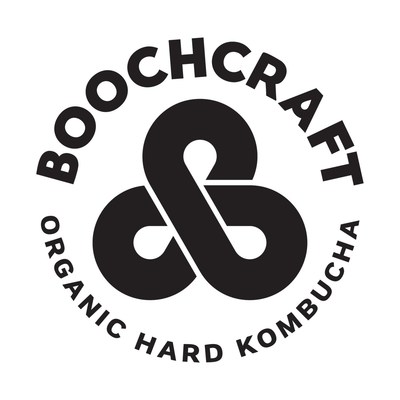