NEW YORK, May 11, 2022 /CNW/ -- Millions of young people are missing from public life. Without their involvement, the pressing issues that most significantly affect them?from the climate crisis to affordable housing, global poverty, and mental health?will not take centre stage in political decision-making. 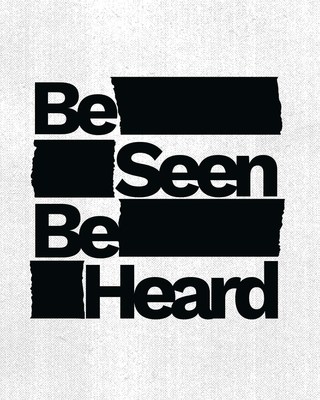 This is especially true in Canada, where Millennials and Gen Z make up the largest voting base in the country1, but a significant turnout gap between younger and older voters remains ongoing2. Age is not the only indicator that government participation and representation is not proportionate to Canada's population: Less than one-third of members of parliament are women3 and only 15% are people of colour4.

In Canada, The Body Shop will partner with the non-partisan, national non-profit organization Apathy is Boring (AisB) to engage more young Canadians in democracy and remove barriers for first-time voters, leading up to this year's elections and beyond. The Body Shop Canada and AisB will begin their campaign efforts focused on supporting Ontario youth with educational tools, resources and access to voting locations and registration for the elections on June 2, 2022.

"The time is now for young people across Canada to make their voices heard," said Samantha Reusch, Executive Director at Apathy is Boring. "Far too often, youth?particularly youth from marginalized communities?are excluded from the decision-making processes that have an outsized influence on their lives. We are proud to partner with The Body Shop to ensure that young Canadians have the opportunity, the resources, and the capacity to contribute their voices to our democracy. Dismantling barriers for first-time voters through the 'Be Seen. Be Heard' campaign is a critical step in this ongoing work."

In conjunction with the campaign announcement, The Body Shop and the UN are jointly releasing the report 'Be Seen Be Heard: Understanding young people's political participation,' which provides insights into preconceptions and structural barriers that prevent young people from participating in public life, along with recommendations to address these challenges5. The survey draws on perspectives from more than 27,000 people across 26 countries, with more than half of respondents under age 30.

In Canada, the report underscored a clear lack of mistrust among young people in the country's political system, with eight in 10 young people (80%) stating that they think political systems need drastic reforms to be fit for the future. 80% of people under age 30 in Canada went as far as agreeing that politicians are 'corrupt' and a strong majority (85%) think politicians act in self-interest.

"Our position is clear. The world's problems cannot be solved by the same people making the same choices," said David Boynton, CEO of The Body Shop. "Our research indicates the majority of young people are positive about the future, and we need to hear their views and ideas inside the halls of power. We will use our global reach to galvanise awareness and support, as we have in the past. Since Anita Roddick founded The Body Shop in 1976, we have campaigned on issues of social and environmental justice, because we believe that global businesses have a responsibility towards the communities in which they operate. Throughout our campaigning history The Body Shop has created direct change through new legislative action or policy changes in over 24 countries since 1990.  Be Seen Be Heard is rooted in creating a fairer world with and for young people, and together with the Office of the United Nations Secretary-General's Envoy on Youth ? we are on a mission to do exactly that."

Most Canadians under age 30 (77%) said they want to make positive changes in the world but don't know where to start. However, barriers for getting involved in politics persist: Nearly one-third of young Canadians (31%) expressed hesitance because 'the world of politics is too corrupt' and one-fifth (20%) said they do not feel they are smart enough to get involved in politics.

Earlier this morning, The Body Shop and the UN unveiled the global survey results and hosted a press conference at the UN Headquarters in New York City. Panelists included Jayathma Wickramanayake, the UN Secretary-General's Envoy on Youth; David Boynton, global CEO of The Body Shop; Gina Martin, youth political activist and author; and Samson Itodo, Executive Director of Yiaga Africa, which is the organization behind Not Too Young to Run.

Jayathma Wickramanayake, the United Nations Secretary-General's Envoy on Youth says, "The intergenerational gap in power, influence and trust constitutes one of the biggest challenges of our time. As young people have made abundantly clear through their activism on the streets, in civil society and on social media, they care deeply about the transformational change needed to create more equal, just and sustainable societies. Participation is a right, and a lack of youth representation where decisions are made contributes to a growing mistrust towards political institutions and a sense of alienation from elected leaders, caused by policies that do not reflect the priorities of youth, mirror their concerns or speak their language. This campaign is an opportunity to change that."

The Body Shop and the United Nations Secretary-General's Envoy on Youth push for transformational change
The report supports the fact that there is a chronic lack of faith in political systems but a clear appetite for more youth representation from all age groups. Learnings such as these will inform grassroots campaign actions around the world. These actions, outlined in the report, include a wide range of structural changes in political systems. Among other actions, young people's participation in public decision-making could be improved long-term by:

Campaigning in 2,600 stores, in over 75 countries, across six continents
The collaboration between The Body Shop and the Office of the United Nations Secretary-General's Envoy on Youth will mean that young people and other stakeholders will be able to engage with the campaign through many routes. Local campaign activations will include partnerships with specific youth-led or youth-focused non-governmental organizations (NGOs) and/or opportunities to support through petitions and other activations.

The campaign is launching globally in May 2022 and will run until mid-2025. Check out the campaign website for further information.

Bringing young people into the C-Suite
The Body Shop is also announcing a Youth Collective to provide insights to its Executive Leadership Team on the views and ideas of young people and shape the future of the company, including its long-term strategy, product development and activist campaigns. The collective includes 12 people from inside and outside of the business, all of whom are under the age of 30.

The Body Shop invests heavily in activism and has a dedicated activism team, focused on research and tactics, operating around the world. Long before activism was an industry buzzword, The Body Shop has pushed for change where other brands saw risks. It has mobilized its global collective and campaigned for over 20 years on issues such as the rights of indigenous peoples, animal rights, sex trafficking and the burning of the Amazon rainforest.

The Envoy on Youth's mandate is to harmonize the UN system efforts on youth development, enhance the UN response to youth needs, advocate for the development needs and rights of young people, as well as to bring the work of the United Nations on youth closer to them. For more information, follow @UNYouthEnvoy on social media and visit our website at www.un.org/youthenvoy.

The Envoy on Youth also acts as the advisor to and the representative of the Secretary-General on youth related matters. For more information, follow @UNYouthEnvoy on social media and visit our website at www.un.org/youthenvoy.

About Apathy is Boring
Apathy is Boring (A is B) is a non-partisan, charitable organization that supports and educates youth to be active and contributing citizens in Canada's democracy. While one of the organization's primary missions since its inception in 2004 is to promote the youth vote, AisB firmly believes that getting young people actively involved at all decision-making levels will inevitably lead to an increase in civic participation and better outcomes for us all.

1.https://www.legistorm.com/congress_by_numbers.html
2.https://en.wikipedia.org/wiki/List_of_current_United_States_governors_by_age
3. https://www.ncsl.org/research/about-state-legislatures/who-we-elect.aspx
4. https://www.ncsl.org/research/about-state-legislatures/who-we-elect.aspx
5. The Be Seen Be Heard Global Youth Survey was conducted in December 2021 by Dynata.
This large-scale qualitative and quantitative research surveyed 27,043 people across multiple age ranges, including 14,160 between the ages of 15 and 30, across 26 countries. To ensure high confidence levels and representativeness of findings, participant samples included quotas on age, gender, region and income. The survey additionally ensured a good spread of global geography, with 59% of the world population covered in the sample.