TAMPA, Fla., May 10, 2022 /PRNewswire/ -- Many military veterans have continued their careers as motivational speakers, sharing stories of leadership, teamwork, overcoming adversity, and facing challenges. Their harrowing stories of survival and brotherhood inspire and motivate audiences everywhere. At Vicky Press Media, we thank these brave men and women for their service to our country, and for protecting us all. We are proud to represent them on the speaking circuit and would welcome the opportunity to help you bring a military veteran to your next event and for media commentary. 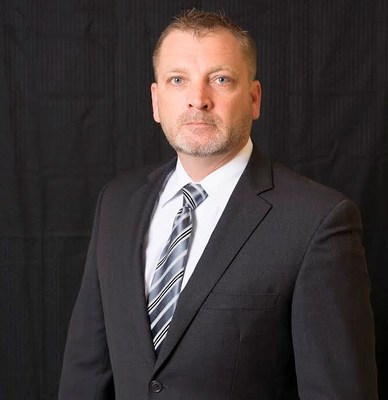 Every Veteran of the armed forces of the United States is a hero to the  American people, lucky for the passengers of American Airlines on Flight  844 Dallas to Tampa on May 1st Army Special Operations Combat Veteran  Eric Parker was on that flight. While Eric Parker was traveling from Dallas back to Tampa an unruly drunk passenger strolled up into 1st Class heading towards the cockpit. Eric noticed the suspicious behavior of this man who had a hoodie draped over his head. He was moving in a way that it would appear he was carrying something. Mr. Parker then noticed the response from the flight attendant with her raising her arms in a motion to stop someone, and then started saying "Sir, Sir". to the man with the hoodie, a woman in the 1st row started screaming. That is when Mr. Parker jumped over the passenger seated to his left and approached the subject from behind. The subject still had his hands beyond view, so Mr. Parker looked over to see if he had a weapon of some kind, and then saw him exposing himself and urinating on the floor of the plane and the female passenger in the front row. Eric immediately took action to immobilize the perpetrator, ending with the subject being taken down, and then duct taped his arms behind his back until the plane landed safely in New Orleans. Once the flight landed, Uniformed Police Officer's took the subject into custody.

Mr. Parker explains "Upon arrival to Tampa, I received lots of Thank you's, but one in particular was nice. It was from a 69-year-old lady, who said to me, Thank you very much, you just jumped up and he went down. She said she had turned to her husband and said, thank God there are real men still out there that will react, because she couldn't believe no one else was doing anything. In the end, I just had other passengers pointing at me, saying ``that's him, that's the guy."

Let it be clear, as Eric states, "I am NOT a Hero, I've known a few! I actually know at least a hundred guys that if they were in that same situation, seated where I was seated, would have reacted the same way. I am a blessed person, because I know these guys, and know that if one of my family members were in trouble in that same situation, they will react, versus someone that won't. I was just at the right place at the right time, and am no one special, and in this situation, I cannot call myself a Hero, when I have seen so much more.

Eric Parker is a Special Operations Combat Veteran based in Tampa Florida who served Honorably in the US Army for six years including a tour in Mogadishu, Somalia. Eric has almost 30 years in the industry comprised of Military time, Private Security Companies domestically, High Threat Security Contracting in Iraq and Afghanistan (Blackwater) and his time in Federal Service with the Diplomatic Security Service as a Subject Matter Expert on High Threat Protection as an FS-3 (GS-13 Equivalent) in the tribal region of Pakistan and Southern Iraq. Eric is now the President of Vault Management Group, in which he oversees the day-to-day operations of Red Variable Concepts, which is a Security Consulting and Investigations Firm based out of Tampa, Florida, in which they specialize in protecting High Net Worth Families. Mr Parker also has an Executive Protection School, Select-International Training Institute that trains up Executive Protection Specialists and is the founder and primary instructor of the Protective Detail Specialist Course.

Eric's areas of expertise are Executive/Dignitary Protection, High Threat Protection, Threat Assessments, Advance Work, Consulting, and Training. Eric is also the Author and Lead Instructor for Select-International's Protective Detail Specialist Course, Advanced Protective Operations Course, and Surveillance Detection Course. Eric assisted in developing the first ever Low-Profile Protection Teams in Iraq for the State Department and subsequently took over a second Low-Profile Team as the Team Leader. In addition, Eric was also assigned as a Team Leader for the Ambassador's Protective Detail for Ambassador's Ryan Crocker and Christopher Hill; as well as planned & executed the first ever red-zone movement for then Secretary of State Hillary Clinton.

Eric Parker as an Expert for media commentary on war and protection.