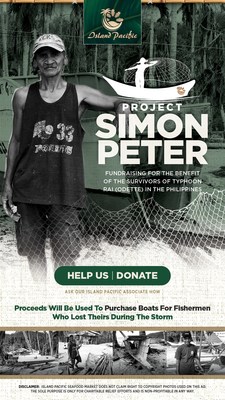 Farming and fishing communities have been particularly hard-hit.
"Tulungan niyo akong mapagawa ko ang bangka ko para makapag-hanapbuhay kami. Walang-wala na talaga. Ang bahay ko, sira na," Ricky Viguella shared. He is one of the fishermen in Siargao who struggles to make ends meet after his fishing boat was destroyed, stripping him off of the only source of income he knows.

Fishing boats, gears, and seaweed farms in Siargao and Palawan, among others, were damaged or lost ? leaving fishing communities with little to no livelihood or food sources. According to survivors, most donations they receive are food, water, medicine, clothing, and shelter. These are good short-solutions, but Island Pacific wants to create a long-term and more sustainable impact to help these fishermen restart and recover.

The cost of a new bangka in Palawan ranges from $1,000 to $1,500 for small to medium-sized boats that can fit two to four fishermen. Large, engine-powered boats in Siargao cost $2,000. Any amount will be helpful in the recovery of these fishermen and their families. Interested individuals may bring their donations to any Island Pacific branch. 100% of the proceeds will go directly to building boats and rebuilding lives of affected fishermen in Palawan and Siargao.

For those who want to sponsor an entire banka, they may get in touch with a manager at any Island Pacific store near them. Their names will be imprinted on the boat to honor their generous contribution.

Typhoon Odette is more destructive than Yolanda.
Nine days before Christmas, Super Typhoon Odette hit the Central Philippines. According to the UN Office of the Coordination of Humanitarian Affairs (UN OCHA), Typhoon Odette is the world's second most destructive disaster in 2021 next to the earthquake in Haiti. Odette is more destructive than Super Typhoon Yolanda in 2013 in terms of areas affected. Typhoon Yolanda hit four areas (North Cebu, Panay, West Leyte, and East Leyte), while Typhoon Odette ravaged eleven regions. In just a few hours, the storm impacted 9.9 million lives and brought $262 million (P13.4 billion) worth of agricultural damage and affected 2.2 million workers. Learn more here

[Island Pacific is supermarket chain dedicated to promoting Filipino Food and Seafood to the rest of the world. It is headquartered in Walnut, California and currently has 16 supermarket branches serving communities in California and Las Vegas.] 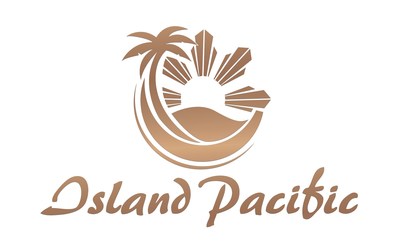