MAYFIELD, Ky., Jan. 1, 2022 /PRNewswire/ -- Cajun Navy Ground Force Founder and Executive Director Rob Gaudet recently hosted a new television show. The Earth Stories program, Could Mutant Weather Cause Permanent Flooding? focuses on the massive flooding that occurred in Baton Rouge, LA in 2016. The project came about after Gaudet was asked to co-host a series called Mutant Weather, a 10-part series about climate change. The episode brings to light the devastation, as well as the rescue and relief efforts, following the unnamed 2016 storm.

"I was able to bring lots of focus on Louisiana and the August 2016 Baton Rouge flooding," says Gaudet. "I organized more than 30,000 citizen rescue missions over the course of 10 days via the amazing, smart, tech, and media savvy team at Cajun Navy Ground Force."

Gaudet was the founder and director behind the very first Cajun Navy. His thoughtful approach to citizen-led rescues helped save thousands of lives. When crisis support systems became overwhelmed, the Cajun Navy Ground Force stepped in with good citizens and donated resources. During the crisis aftermath caused by natural disasters, Gaudet believes that while people naturally want to help their neighboring communities, they just need a way to engage.

"My method was simply that we would engage volunteers through social media, and that we would agree to work alongside local authorities. This separated our efforts from less organized efforts of citizen boaters who were frustrated with being turned away by authorities. By establishing communication systems and working within fixed guidelines, our volunteers were welcomed by the authorities," says Gaudet.

Throughout the last five years, Cajun Navy Ground Force has continued to grow its volunteer base and emerge as a nationally known and trusted 501c3 nonprofit that organizes citizens to provide emergency services to communities in crisis. The team utilizes progressive technology, the Internet and social media to inform the public and to drive volunteer engagement in the aftermath of disasters. They have established SAFE Camp, a central location to collaborate with other organizations; and to streamline clean-up processes and supply distribution efforts.

"Cajun Navy Ground Force has become a media organization that uses technology to raise awareness that drives funds and volunteers for disaster response. We continue to grow and increase our efficiency with each experience. Our team is currently using 360 Virtual Reality video and plan to use NFTs to make our efforts even more effective," says Gaudet.

You can support Cajun Navy Ground Force at gocajunnavy.org/donate, or become a volunteer at crowdrelief.net/register. Visit their Facebook page at https://www.facebook.com/GoCajunNavy. 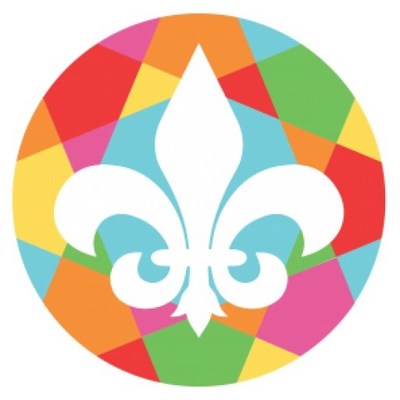