DEYANG, China, Dec. 16, 2021 /PRNewswire/ -- Recently, the first field survey of biodiversity in Deyang section of the Giant Panda National Park was completed and the preliminary results were announced. Through the survey, traces of giant pandas and pheasant species were obtained, with 41 other species of wild animals in the same domain recorded. 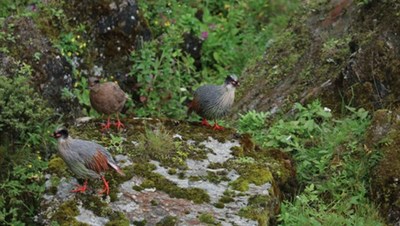 In order to further determine the situations of the protected animals and figure out their survival rules, in October 2021, the biodiversity survey in Deyang section of the Giant Panda National Park was officially launched, mainly investigating giant pandas, pheasants, and other rare animal and plant species in Deyang section, and continuously monitoring the status of the small population of giant pandas in Mount Jiuding.

The survey was carried out in two different periods: breeding season and non-breeding season, focusing on giant panda and pheasant species with the method combining line transect method and infrared camera technology.  Now the first field survey has been completed.