PHOENIX, Dec. 6, 2021 /PRNewswire/ -- "Waffle Smash: Chicken and Waffles", the trending new game from Wamba Technologies, has recently teamed up with a group of influencers and models known as "The Rock Girls" to expand their introducing the world to Waffle Smash. 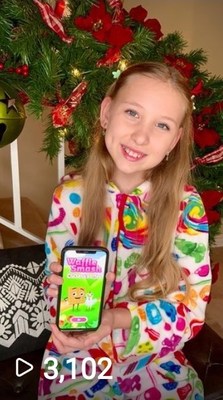 The Rock Girls began as models for RockYourHair.com, where they modeled various hair products for Instagram and Tik Tok. Branching out as a team, they now number nearly 2500 vital young influencers and collectively bring tens of millions of views (if not more) to the table. Waffle Smash, who began this adventure with Piper Rockelle and her Squad, just passed 50,000 game downloads between Apple and Google Play and began working with the Rock Girls on Thanksgiving Week.

Lost Files Media and The Strega Group forged the relationship between the Rock Girls and Waffle Smash, as well as Piper Rockelle, the infamous Instagram, Tik Tok, and YouTube influencer whose squad has more than 23M followers.