Routine fishery officer inspection leads to significant penalties of $88,644, and a fishing prohibition for a North Coast commercial salmon harvester

TERRACE, BC, Nov. 30, 2021 /CNW/ - On July 2, 2021, Garry Dean Stoner was sentenced in Terrace Provincial Court after pleading guilty to 12 counts under the Fisheries Act for violations that occurred between June and September 2017, and in July and August 2018, in waters north of Haida Gwaii.

The Honourable Justice Calvin Struyk ordered the commercial salmon harvester to pay $1,200 in court fines, plus $42,800 in penalties, to be directed towards fisheries management and the conservation and protection of fish and fish habitat. Justice Struyk included an additional $44,644 penalty to recover revenue obtained through the sales of the illegally caught Chinook salmon. Mr. Stoner was also prohibited from commercial salmon fishing for 18 months.

A Fisheries and Oceans (DFO) investigation was triggered by a routine fisheries inspection conducted in 2017. Fishery officers on board the Conservation and Protection enforcement platform, the CCGS Captain Goddard, boarded Mr. Stoner's vessel, the F/V Prestige II, while it was actively engaged in the Area F commercial salmon troll fishery.

In 2018, fishery officers from the Prince Rupert C&P Detachment conducted a further investigation of Mr. Stoner's fishing activities during the 2018 commercial opening after reports of continued non-compliance with his licence conditions.

Fisheries and Oceans Canada has a mandate to protect and conserve marine resources and to prosecute offenders under the Fisheries Act. DFO ensures and promotes compliance with the Act and other laws and regulations through a combination of land, air, and sea patrols, as well as education and awareness activities. 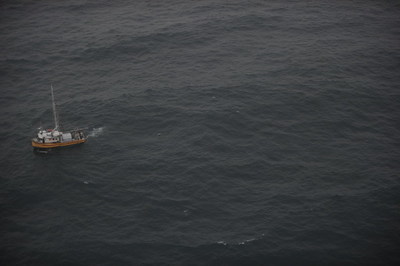